The Covid-19 pandemic has brought a “pause” to wildlife in popular tourist destinations. However, not everyone is satisfied with this.

The beaches are filled with sunbathers. The bay is full of boats and divers. People and tourists flocked to the streets. That is now the scene in most Southeast Asian countries.

After 2 years of being ravaged by the Covid-19 pandemic, the tourism industry has returned. The return of tourism is like a lifeline for the economy. However, it also comes with a hefty price tag.

Need to give nature rest

The Covid-19 pandemic has undeniably paralyzed Southeast Asia’s $393 billion tourism industry. It caused millions of people to lose their jobs and many others horribly. However, the pandemic has given nature a rest after a long time of being “squeezed out”.

Liz Ortiguera, CEO of the Asia Pacific Travel Association, a non-profit organization that advocates sustainable tourism, said: “The industry has changed. There are many governments that want to minimize it. However, when the pandemic is near, they consider the forms of tourism that damages the ecosystem as permissible.” 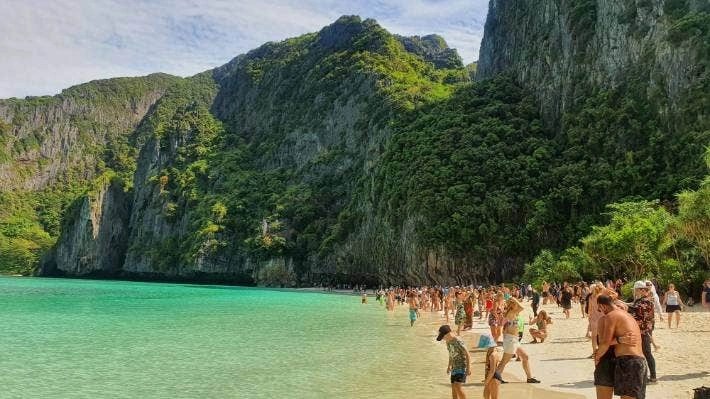 Across Southeast Asia, countries indiscriminately promote tourism, Ortiguera said, despite many scientists warning of its irreversible effects on the environment. Meanwhile, those who live off tourist income want the industry to recover “quickly”. They need as many tourists as possible.

Everyone thinks of economic benefits but ignores the good things for nature during the pandemic. In 2020, just a month after Thailand closed the border, a school of dugongs – the world’s most endangered marine mammal – swam peacefully off the south coast.

In Phuket, a popular beach resort, leatherback turtles come to the beach to nest. The number of turtles also surprised local scientists.

Varawut Silpa-archa, Thailand’s Minister of Natural Resources and Environment, told The Washington Post: “In a sense, the pandemic is a great opportunity. It shows the good things when people let the natural rest.” 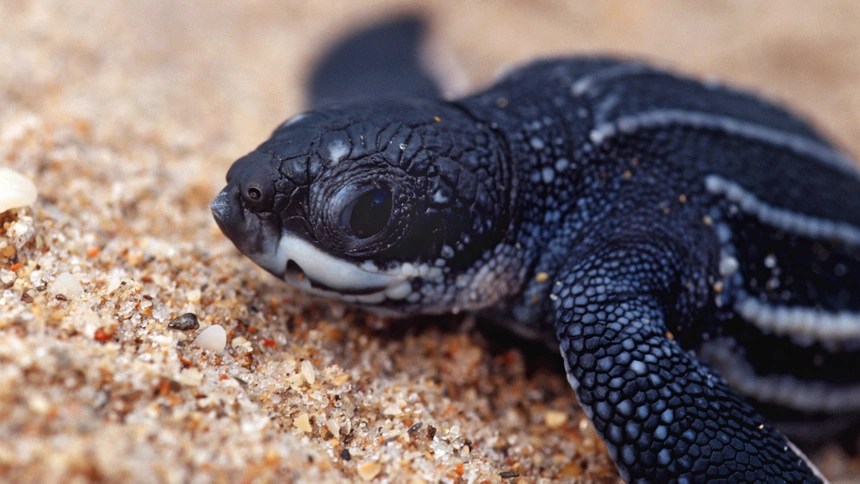 Turtles nest on the beach in Phuket during the pandemic.

In 2020 Thailand will close all 155 nature parks to visitors. When the parks reopened in July, Silpa-archa ordered that all parks be closed for at least a month each year. He also banned single-use plastic in parks. The minister added that he would not hesitate to close a destination for a long time if tourists continue to “destroy” nature.

“I have no objection to the objections of companies. Frankly, I don’t care if they agree or not. My job is to preserve nature for our future generations,” he said.

Not everyone wants to rest in nature

However, not all attempts to let nature rest are successful. In June, the Indonesian government faced fierce opposition from locals when it proposed limiting visitors to the ancient temple of Borobodur in Java. They propose to let only 15 people in at a time and the ticket price for foreigners will increase from 25 USD to 100 USD. The cost is used for conservation.

When the government announced its plan to raise ticket prices for Komodo National Park in East Nusa Tenggara, hundreds of workers went on strike. The plan failed and both spots were kept at the same rate.

“There are too many sunk investments and that is the big challenge,” said Steven Schipani, a tourism industry expert at the Asian Development Bank.

The number of tourists to Southeast Asia doubled annually between 2010 and 2019, peaking at 137 million just before the pandemic. This growth is expected to continue at least until 2030. The reason is that the middle class in the region is on the rise. Businesses and government agencies have invested heavily to prepare for and take advantage of this group of tourists. 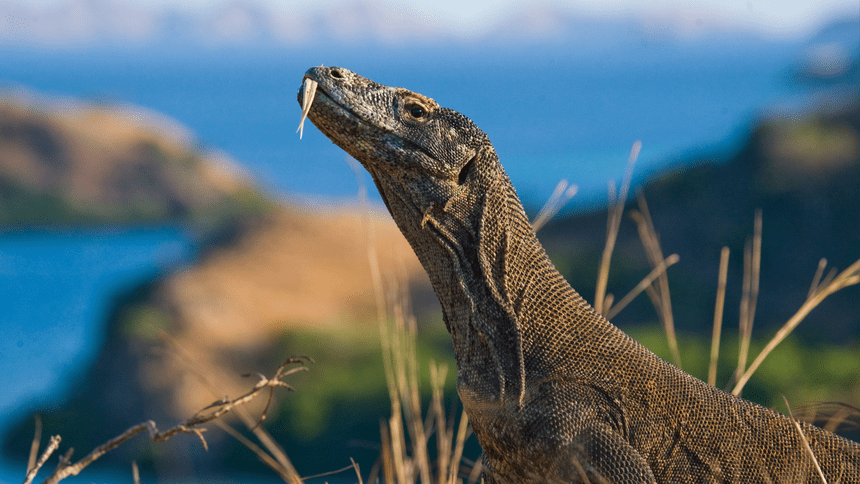 Not all attempts to ‘adjust’ tourism have been met with a response.

Nearly 40 million tourists visited Thailand in 2019. Many people choose to stop on the south coast. However, studies show that between 2017 and 2019, at least two spots in the south, Patong Beach and Maya Bay, were “overcrowded” with tourists. This means that the number of visitors is already too high not to harm “reasonable capacity” to nature.

Somyot Sarapong, who works for an ecotourism agency in Bangkok, lived and worked in the Phi Phi Islands in the 1990s. He had left in 2003. At that time, companies outside the island started building a series of hotels on the beach, replacing the locally owned resorts.

When Sarapong returned to Phi Phi Island in 2019 to visit friends, he didn’t realize where he once thought heaven was. The colorful, beautiful fish on the island are almost invisible. However, earlier this year, when he returned to the island (before Thailand reopened its borders to international visitors), he encountered a school of blackhead sharks. This is a very rare species that appeared on the island before the pandemic.

“It made me feel like a Phi Phi at first,” he said.

Like many other countries in Southeast Asia, Thailand does not have any sort of planning, land use, and hotel licensing regulations. These are the factors that help the government to effectively manage the impact of tourism.

But Thon Thamrongnawasawat, a marine scientist at Kasetsart University (Bangkok), thinks the country’s tourism industry still has reason to be optimistic.

“When you are driving at a very high speed, it is very difficult to slow down. With Covid-19, it’s like the car’s engine stops. Now we start again. Thailand’s tourism industry can be cautious, slow,” he said.