Intel and TSMC Are Building Factories in the Arizona Desert, but Why?

Intel and Taiwan Semiconductor Manufacturing Corp (TSMC), two of the world’s largest and most influential chipmakers, are deep in their efforts of trying to alleviate the global chip shortage. And they’re doing most of that, weirdly, in the middle of the desert.

According to a report by ArsTechnica, Intel and TSMC are currently building new manufacturing plants in Arizona. The former is planning to spend a massive $20 billion to build two more chip foundries there, according to CNBC. This may sound awesome until you realize that Arizona is one of the hottest and driest places on Earth.

TSMC is not far behind too. With their local fabs in Taiwan being held back by record-breaking drought, they’re looking elsewhere to build their factories. Arizona seems like a place where they want to do business, as they plan to spend a cool $3.5 billion to build their own facility in the state, according to AllAboutCircuits. They plan to have the facility operational and productive by 2024.

But why are two of the largest semiconductor makers in the world setting up shop in one of the driest places on the planet? The answer might be a little surprising.

For those who are unaware of the connection between water and tech, here’s something you should know: chip manufacturing is extremely dependent on a steady water supply. This then makes Arizona the most counterintuitive place out there in terms of setting up chip factories, right?

The state itself only gets about 13.6 inches of rainfall every year, less than half the U.S. average. This is supposed to be bad for chip foundries on paper. But researchers say this about these factories: they’re like indoor swimming pools. You need a lot of water to fill them up, but you don’t need a lot to keep them running.

What this means is that a typical chip foundry like that of Intel or TSMC may actually not need that much water to keep itself operational in the long run. In fact, they may even help conserve water because these companies tend to focus a lot on purification and reclamation. Intel alone is one of the leading companies to fund water restoration projects throughout Arizona, paying for a total of 15 projects in the area.

As for TSMC, a U.S. expansion has actually been in the works for a while. They cited Phoenix, AZ as their top candidate location for a foundry, where they will make a host of 5nm chips for partners such as AMD, Apple, and Qualcomm. Aside from that, they also bared plans to erect a much larger, $25-billion factory in the area to produce 3nm chips. 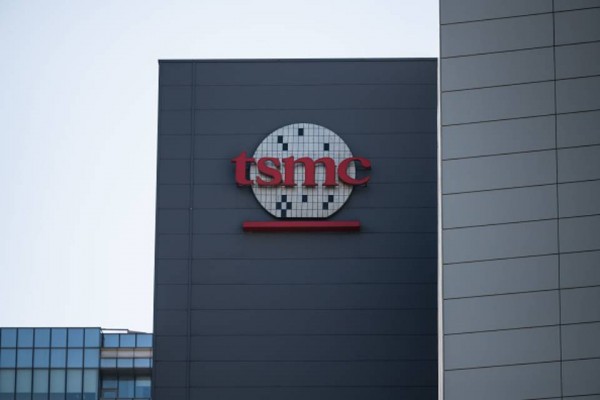 (Photo : Billy H.C. Kwok/Bloomberg via Getty Images)
Logo at the Taiwan Semiconductor Manufacturing Co. headquarters in Hsinchu, Taiwan, on Wednesday, April 7, 2021. The TSMC is a key supplier to Apple, and its the iPhone makers commitment to become carbon neutral by 2030 that is driving much of the change throughout the supply chain.

Not the First Time Doing This

Intel is no stranger to building chip fabs in some of the most water-starved places people can think of. Earlier this year, they were reported to spend $3.5 billion on a New Mexico factory upgrade. New Mexico is basically dryer than Arizona, as it receives an annual average rainfall of 13 inches.

But with the global chip shortage hampering a world getting more dependent on tech, any news on new semiconductor factories being put up is surely a welcome sight.

Related: Will the CPU and GPU Shortage End?