The Democratic presidential candidate Joe Biden assailed Donald Trump’s handling of the coronavirus pandemic during Thursday night’s final presidential debate, as the president attempted to reset a race that shows him trailing his opponent in opinion polls less than two weeks before election day.

The evening in Nashville began relatively calmly, with the rivals making their closing arguments to the nation amid a pandemic that has killed more than 220,000 Americans and infected millions more, including the president. In part due to the pandemic, more than 40 million Americans have already cast their ballot, shattering records and leaving Trump an increasingly narrow window to reset the debate around his handling of the coronavirus crisis and its economic fallout. 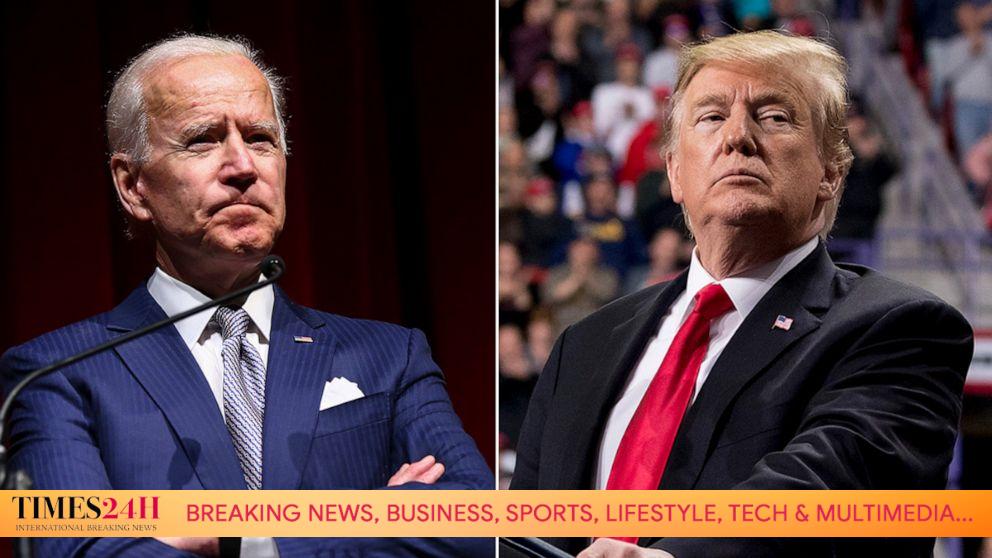 But Trump continued to downplay the severity of the public health crisis, defending his response and predicting that a vaccine was imminent, even though his own public health experts have said one would likely not be widely available to the American public until next summer.

“It will go away,” Trump said, offering a rosy assessment of the pandemic’s trajectory even as cases have started rising again across the US and public health experts warn that the US is on the precipice of a dangerous new wave.

“We’re rounding the corner,” he added.

“We can’t keep this country closed. This is a massive country with a massive economy,” Trump said. “There’s depression, alcohol, drugs at a level nobody’s ever seen before. The cure cannot be worse than the problem itself.”

In contrast, Biden opened his remarks by acknowledging the grim toll of the coronavirus pandemic and warned that the nation must prepare for “a dark winter”.

Biden said: “220,000 deaths. If you hear nothing else I say tonight, hear this. Anyone who is responsible for that many deaths should not remain as president of the United States.”

The 90-minute debate was a far more coherent and civil affair than the first presidential debate last month, which devolved into a chaotic brawl with Trump incessantly hectoring his opponent and sparring with the moderator. The shift in tone was probably due to a rule change that required a candidate’s microphone to be muted while his rival delivered a two-minute response to the opening question on each of the six debate topics.

On Thursday, Trump largely abided by the rules, allowing Biden to speak uninterrupted, and even complimenting the moderator, the NBC News correspondent Kristen Welker, who he spent the last week criticizing.

Biden, too, was more restrained. When Trump made a false claim about his opponent, Biden looked skyward, as if calling on a higher power to keep him from reacting. But it didn’t always stop him.

When Trump said Biden called his decision to impose Covid-19 related travel restrictions on China “xenophobic”, the Democrat shot back: “He is xenophobic, but not because he cut off access from China.”

The stakes were high for both candidates, even if the debate was unlikely to dramatically redefine the contours of the presidential race. Despite the cascading public health and economic crises, Biden has maintained a steady lead over the incumbent, according to public opinion polls, while Trump has struggled to outline his vision for a second term and grapple with voters’ disapproval of his response to the pandemic.

Despite the increasingly ugly and personal nature of the campaign, the evening featured a substantive policy debate as the candidates diverged sharply on the issues of race, immigration and climate.

‘Abraham Lincoln over here’: Trump and Biden clash on racism at presidential debate – video
They were asked to speak directly to the black and brown Americans about racism in America. Biden said plainly that institutional racism exists and that combatting racial inequality would be a priority of his administration. Trump, ignoring the prompt, assailed his opponent for playing a central role writing the 1994 crime bill that many experts and critics say laid the groundwork for mass incarceration that disproportionately affected Black communities. Shielding his eyes to peer into the audience and concluding it was too dark to see properly, Trump was nonetheless confident that he was the “least racist person in this room”.

Biden was incredulous. “This guy has a dog whistle about as big as a foghorn,” he said, accusing Trump of being “one of the most racist presidents we’ve had in modern history” and a leader who intentionally “pours fuel on every single racist fire”.

In an exchange on immigration, Trump attempted to defend his administration’s decision to separate thousands of immigrant families at the southern border, even after revelations that 545 children have still not been reunited with their parents after two years apart. The president said the White House was working on a plan to reunite the children and their parents but insisted the blame lay with the Obama administration, which enforced a record number of deportations.

Biden forcefully denied that the previous administration was responsible for Trump’s family separation policy, decrying the situation as “criminal”.

But pressed on why voters should trust him to deliver immigration reform when the Obama administration failed to deliver on this promise, he conceded: “we made a mistake. It took too long to get it right.”

‘Children brought here by coyotes’: Trump squares off with Biden on immigration – video
The final moments of the debate were devoted to a discussion on climate change. Biden stressed the need to expand sources of renewable energy – while again disputing Trump’s claim that he intended to ban fracking, which he does not.

“I know more about wind than you do,” Trump retorted, drawing an exasperated laugh from Biden. “It’s extremely expensive. Kills all the birds.”

But at one point Biden said he would “transition from the oil industry” and replace it with renewable energy over the next several years. “That’s a big statement,” Trump said.

The candidates also clashed sharply on their finances and family business entanglements.

Citing revelations in the New York Times that Trump only paid $750 a year in federal income taxes while maintaining an undisclosed bank account in China, Biden implored Trump to “release your tax returns or stop talking about corruption”. Trump, who has not yet released his tax returns, claimed his accountants told him that he had “prepaid tens of millions of dollars” in taxes.

In turn, Trump repeatedly leveled unsubstantiated claims about the former vice-president’s son Hunter Biden. The Democratic nominee defended his son and categorically denied the accusations as he sought to turn the conversation back to policy.

“There’s a reason why he’s bringing up all this malarkey,” Biden said, speaking directly to the camera. “He doesn’t want to talk about the substantive issues. It’s not about his family and my family. It’s about your family.”