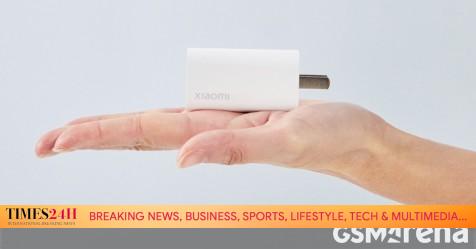 Xiaomi introduced a 65W GaN (gallium-nitride) charger last year – a compact adapter that fits comfortably in the palm of a hand and can charge just about any device via USB-C.

Now the company has certified with TUV Rheinland a more powerful version – it reaches 11V at 6.1A, bringing the total power to 67.1W. 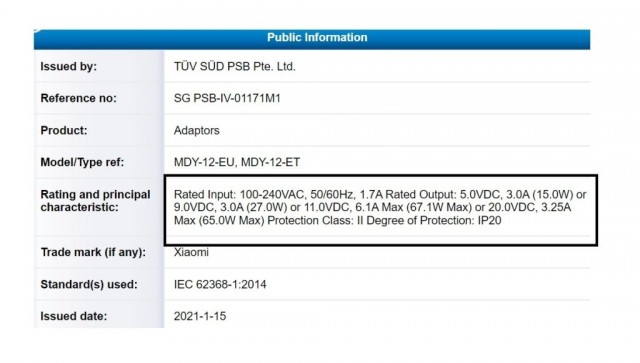 The brick has the model numbers MDY-12-EU and MDY-12-ET. The first three letters usually correspond to the adapters that come with smartphones, which means we might see handsets with 67W wired charging as early as this year.

When the Xiaomi Mi 11 was announced in China, the CEO of the company revealed that the phone will not be paired with a charger in the retail box. However, users can opt for a freebie – a 65W GaN adapter.

We don’t know if the company will do the same with the next 67W brick during the global announcement, but it’s possible, so we’ll have to wait until Monday for the official unveiling.