“The better they do, the better we do”

YoFan CEO Chris Poohachoff has been around for a long time. However, in January 2022, he and his team began work on something that will change the influencer space forever: giving creators the opportunity to finally earn the money they deserve.

Can you tell us something about your background?

I was born and raised in Canada and have been an entrepreneur since 1995; around that time I was building outsourced marketing agencies in many countries in Southeast Asia. After 12 years I moved to Florence, Italy, where I have lived ever since. In 2014, I joined a startup with my partners from Ukraine, focused on programmatic advertising and software development. 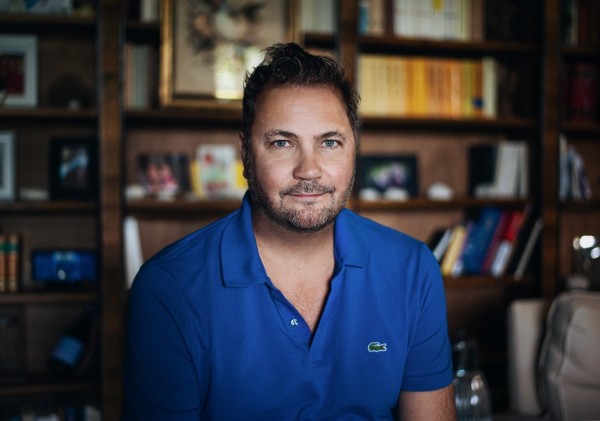 When it came to starting YoFan, one of the problems I saw was that many content creators live paycheck to paycheck. I wanted to level the playing field for them.

How did you come up with the idea for YoFan?

Unless you’re already big or have a huge following on YouTube, many creators work for less than minimum wage. We all know that the influencer space is extremely competitive, but few really understand how hard it is for creators to get brand sponsorship. We wanted to build something so that all creators can earn a good income. I know several people who work full time and consider it a full time job but only earn minimum wage. One night I spoke to a Google contact of mine about makers and their minimum wage, and boom, YoFan started to take shape.

That’s one of the reasons why I think YoFan will be a success, because of the people who made and developed it.

We have created a platform where influencers can earn a good income by posting and creating content and monetizing the ads. They can focus on delivering great content and earn an income from the revenue generated by ads.

From the moment they start posting on YoFan, they start monetizing the ads paid directly from Google AdSense. As they build more followers, they start earning more. When we built the platform, we first thought about the creators. They are our partners. The better they do it, the better we do it. We haven’t reinvented the wheel, we’re just giving creators options to monetize through display ads.

What are the main problems YoFan helps marketers solve?

We built this platform for creators to monetize their work… now they can make a great living on YoFan.

In our experience, the biggest pain points for creators are the amount of time that goes into content production, the magnitude of the effort required to create a single piece from scratch, and the difficulty of monetizing.

Most influencers and content creators struggle to make ends meet. We want to change that by helping creators easily monetize and earn a good income from their content.

Traditional marketing techniques have stood the test of time and aren’t going anywhere, but when YoFan itself is a product of the modern age, much like social media is, new marketing strategies take center stage. To be at the forefront of innovation, one must be willing to adapt to the ever-changing needs of their audience.

I believe in providing an equal opportunity for influencers to do what they are passionate about, while also monetizing their content and getting fair compensation for their efforts.

Poohachoff’s passion for YoFan, as well as the strong bond between him and his team, is sure to inspire many. If you share that passion and want to secure a more equitable future for fellow creators like you, be sure to join the ranks once YoFan launches in Q4 2022. Follow YoFan on social media for regular updates.

Mercedes-Benz shares details about the EQE SUV and AMG