Do Thi Ha (number 245) became the new Queen of Miss Vietnam crown last night, ending such a pressure beauty competition. Before accomplishing the mightiest prize of Miss  Vietnam, Ha also earned for herself 2 small prizes when she was included in the top 5 of Fashion Beauty and Beach Beauty.

Ha is a young competitor of the show when she is only 19-year-old. Nonetheless, throughout the competition, Ha proved why she deserves the crown.

The young girl has a Vietnamesish beauty, white skin, and a bright smile. She had an outstanding answer in the final competition, and it was the decisive factor that helped the girl from Thanh Hoa win the Miss Vietnam tournament.

“If I can become Miss Vietnam 2020, I believe I will have the characteristics and attributes that can fulfill the crown,” Ha said. “Whether I can become a KOL or not, I will be the one who will bring positivity to the young generation.

Ha is currently studying at Ha Noi Economics University, and besides her beauty, she is such a smart girl. Her height is 1,75 m and her body shape is way too perfect. Thanks to these advantages, she won the bikini challenge and qualified for the next round of the competition.

Do Thi Ha admitted that when she decided to join the competition, she wanted to build herself as the second Do My Linh, a winner of Miss Vietnam 2017. My Linh was also a former student at Ha Noi Economics University.

The only struggle that Ha suffered from in the final night was the English challenge. However, she overcame it. After all, this beautiful girl is the heir of the Mis Vietnam competition after a remarkable performance on the final night. Such a win for her! 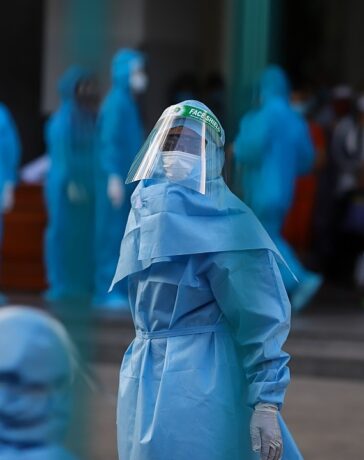