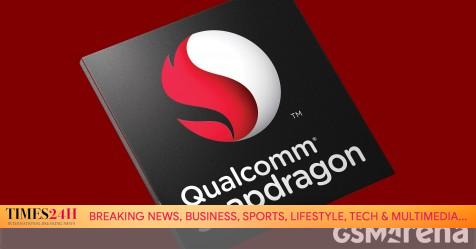 Qualcomm has already formalized its flagship chipset for 2021, we’re talking about the Snapdragon 888. However, we still haven’t seen a successor to its high-end mid-range line in the 7-series, and the Snapdragon 765 is getting a bit old.

Apparently, it won’t be long now, as the company is said to have introduced the new SoC at some point before the end of this month. We’re assuming it’ll be called the Snapdragon 775, though, who knows – maybe it’ll end up being the 788?

Anyway, some details about it were leaked today, and these are from an internal presentation. Other sources claim the data is accurate, but old, so some things may have changed. However, the most important detail is omitted. We are talking about the layout of the processor core and clocks. All we know is that it will be Kryo 6xx cores, but that could mean anything. What has been mentioned in the slides is that this will be manufactured on a 5nm process like the 888, and will support 3200 MHz LPDDR5 and 2400 MHz LPDDR4X RAM, as well as UFS 3.1 Two-Lane HS Gear 4.

According to some previously leaked AnTuTu scores, the 775 should perform much better than its predecessor, and all of those specs are pretty big upgrades.