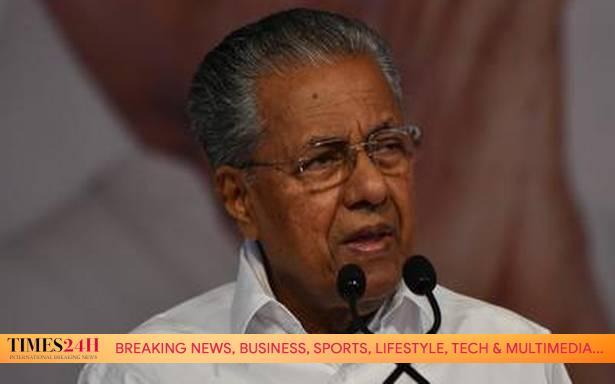 Kerala Chief Minister Pinarayi Vijayan on February 14 clarified that there had been no ban on the participants wearing black face masks at an event he attended at Wayanad recently.

“… An impression had been created by some quarters that people wearing black masks were banned from the event. Some people were found to be propagating this news. No one has given any such directions,” Mr. Vijayan said. He pointed out that it was not possible to have people wearing similar masks at an event unless arrangements were made to distribute them. “There were some people wearing black face masks at the above-mentioned event as well,” he added.

A news report saying that police personnel had asked the participants to remove their black face masks had snowballed into a controversy. Leaders of Opposition parties had objected to it.

Mr. Vijayan also said that no one was barred from asking questions to him at another interaction with college and university students. “The practice during such events is that initially I would make an opening remark, then the students would give their suggestions, and later I would respond to them. At the above particular event, one student tried to raise a question after I concluded my response. I just pointed out that it was inappropriate,” the Chief Minister said.

Activists of the Youth Congress, the Kerala Students Union, the Muslim Students Federation and the Fraternity Movement, meanwhile, staged a protest against Mr. Vijayan outside the campus during the event.

The protesters sought an end to the alleged ‘backdoor entry’ in government departments and demanded that the students be given a chance to pose questions to the Chief Minister.

Traffic was disrupted on NH 66 for a while after the students blocked the road and police personnel lathicharged them. The police had erected barricades on the road. Movement of vehicles to Kozhikode and Malappuram districts was affected. Many activists were injured in the ensuing melee.