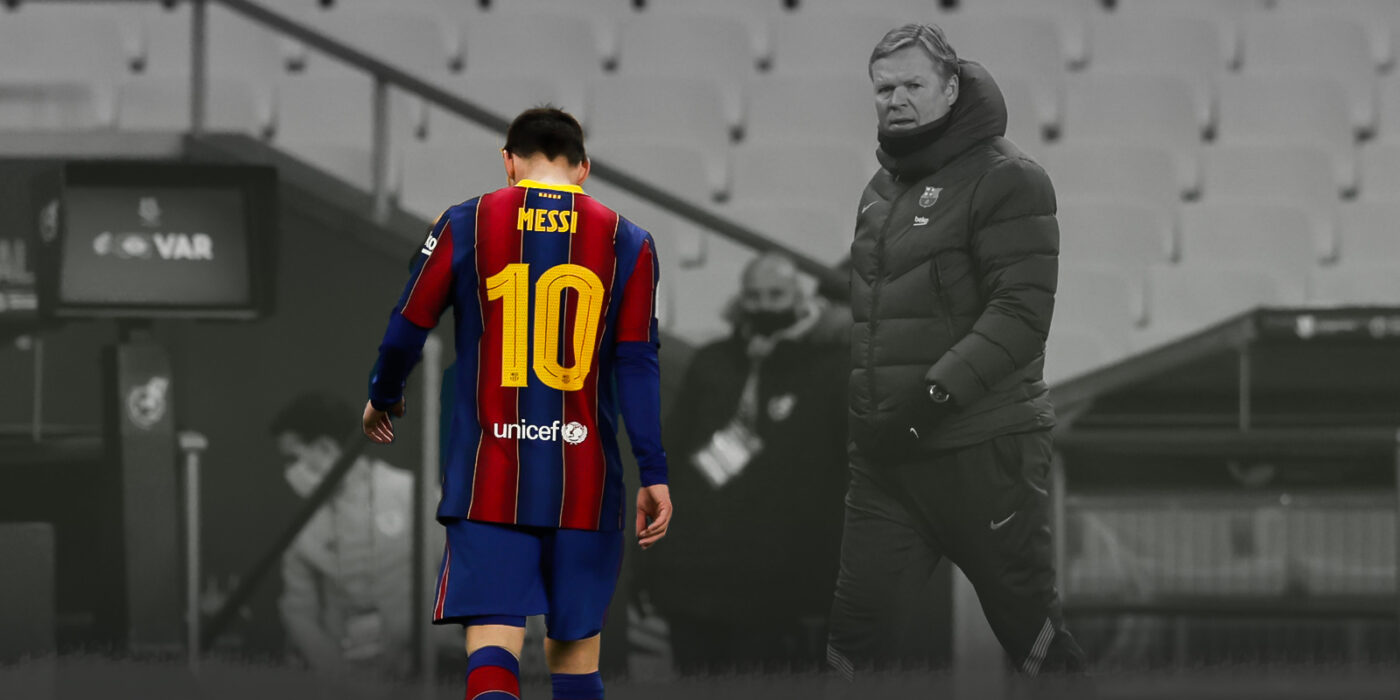 It is not the first time, the Argentine legend – Lionel Messi – received a red card. Nonetheless, it is the first time for him in the shirt of Barcelona.

It was Barcelona that score the opening goal of the match. A good shot from Antoine Griezmann in the 40th minute hit the back of the net perfectly. But Barcelona’s advantage disappeared afterwards just 2 minutes.  Oscar de Marcos was the one who scored an equalizer for Bilbao.

Barca lost their advantage, but Griezmann once against uplifted the margin in the 77th minute and helped Barcelona temporarily took the lead. Sadly, the margin was once again equalized. This time, it was Asier Villalibre who scored the equalizer for Bilbao.

Both sides could not score any other goals in the second half and walked each other into the extra time. Drama was climax from then.

Barcelona could no longer make it to the net of Bilbao again. Instead, it was the Athletic Club that scored the third goal and took away the Super Spanish Cup Trophy.

But the spotlight of this match must be the madness of Lionel Messi. It was unbelievable witnessing what Messi did against Villalibre last night. Despite the fact that Messi is a legend of modern-day soccer, hitting into someone else’s face is unacceptable for a professional player. Unfortunately, Messi did so and finally received the third red card in his career and the first one in the shirt of Barcelona.

As his time with Barcelona is expiring, this action can motivate an early departure of the Argentine striker. Messi actually wanted to leave Barcelona in the summer of 2020, but he could not do so. Ultimately, the captain of El Blaugrana was forced to stay with the club though he did not feel happy at all.

Candidates for Barcelona’s vacant president chair all want to remain the serving status of Messi at Barcelona.

Sadly, it could be an untouchable wish.

Messi admitted that he wanted to leave, and probably, we would see something big happen to him in the next few days. The winter transfer window is about to close. And in the remaining time of it, the transfer bomb named Messi can be activated. Whichever clubs do so, they will benefit from the name and the brand of Messi quite decently.

PSG, Manchester City, and even Real Madrid all want to sign with Messi. As it has been said, whichever clubs sign with Messi, they will benefit from the player decently.