Android Auto’s update will pay for the user’s gas via voice command and will be rolling out its support to more than 32,000 fuel stations in the United States. 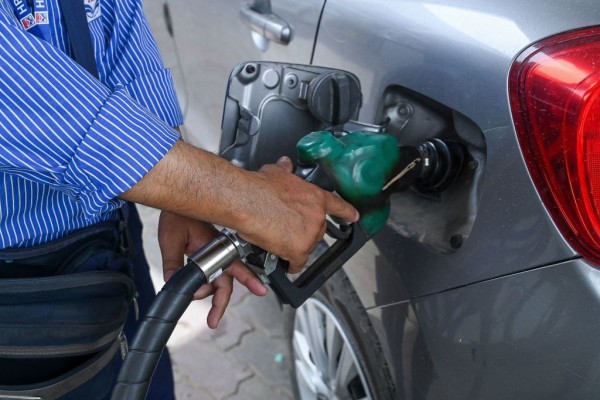 (Photo : by PRAKASH SINGH/AFP via Getty Images)
A petrol station employee fills a car with petrol in New Delhi on June 11, 2021.

Google has been releasing new noteworthy features for Auto, which shows that the tech giant’s increasing commitment to the operating system for car owners, as per T3.

The news outlet further noted that Android Auto started seemingly as a side project of the search engine giant, but it has already improved into a full-blown ecosystem, just like its mobile operating system.

Now, Android Auto has been integrated with the Android mobile ecosystem for the most part.

For instance, the gas payment feature of Android Auto will be working alongside Google Pay and Google Assistant.

On top of that, users could also use their Android smartphones to pay for their gas, similar to Android Auto.

According to 9to5Google, the gas payment feature came along with additional connectivity and media features in the Android Auto-update.

The new payment feature will allow its users to pay for their gas without going out of their vehicle. All they need to have is an Android Auto on their car or an Android mobile phone.

Not to mention that using the feature is pretty simple and convenient. Android Auto will start the payment process by merely saying the phrase “Hey, Google pay for gas.”

After which, it will ask the car owner to provide the pump number from the gas station, and the payment process will be finished. That is if Google Pay is already encoded to your phone.

That said, the new feature that Google is rolling out to Android Auto will lessen the physical contact of both the customers and employees.

However, of course, drivers are still required to pump the gas to the vehicle. But as far as Google is concerned, the payment process could now be contactless, at least for the pilot locations of the tech giant.

The new feature will initially roll out to select gas stations in the United States, namely Mobil, Exxon, Phillips 66 and 76, and Conoco.

What’s more, a total of 32,500 locations in the US will get support for the new Android Auto payment feature.

Not just that, Google is also introducing other improvements from the latest Android Auto update, namely the Dual SIM Support and the Work Profile.

For the first one, Google is now allowing its users to choose between two SIM cards when using their auto OS as the name suggests.

Meanwhile, the Work Profile feature enables car owners to check out both calendar events and even messages from both their personal and work smartphones.

Related Article: Google Android 12.1 Leak: A Foldable Phone Might Arrive This Year Together With an Upcoming Software Update