The latest problem with the Ford Explorer SUV’s parking gear is leading to a massive recall. Because it could endanger drivers or other vehicles nearby, the automaker decided to remove about 250,000 SUVs. 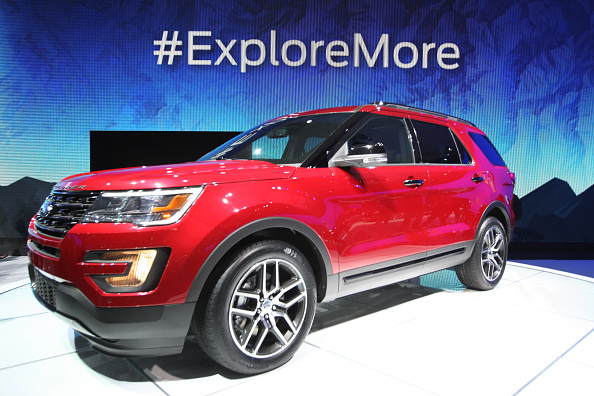 (Photo: Photo by David McNew/Getty Images)
The 2016 Ford Explorer will make its debut at the 2014 Los Angeles Auto Show on November 19, 2014 in Los Angeles, California. This year’s show is expected to have a record 25 car debuts in the world, while at least 30 other North American debuts will be made.

The parking gear is quite important for both manual and automatic cars. It allows your car to stay in place during traffic without applying the parking brake.

On the other hand, some people tend to rely on it when parked. But with the latest hardware problem of Ford Explorer SUVs, the parking gear may cause problems instead.

According to the latest report from NBC News, Ford Motor Co. now thousands of Explorer SUVs back. The affected models were produced in 2020, 2021 and 2022. 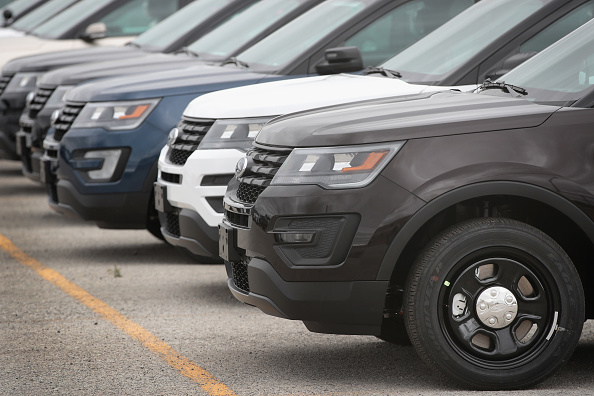 (Photo: Photo by Scott Olson/Getty Images)
Ford Explorer-based Police Interceptors stand in a Troy Design and Manufacturing (TDM) parking lot, where they were outfitted to police station specifications after being built on August 4, 2017 at the nearby Ford assembly plant in Chicago, Illinois. The police are starting to take the SUVs out of service.

Specifically, these are the Ford Explorer SUV 2.3-liter engines, 3-liter engines, as well as 3.3-liter hybrids. On the other hand, US security regulators showed some documents on Friday, April 29 to explain why the hardware problem is occurring.

They said the rear axle mounting bolt usually breaks, leading to driveshaft disconnection. Once this happens, the Explorer SUVs will roll away even when the parking gear is engaged.

However, this can be avoided if the parking brake is activated. At the time of writing, there were 235 complaints filed by Ford Explorer SUV owners.

There are two ways that the car manufacturer can solve this hardware problem. The company can update the electronic parking brake software or replace the axle cover and bushing.

Other recalls from car manufacturers

Aside from the latest Ford Explorer SUV recall, other automakers are also withdrawing their vehicles due to certain issues.

USA Today reported that BMW has recalled the iX xDrive40, iX M60 and iX XDrive50 due to the operation of the airbag lights and the display message.

On the other hand, Mercedes-Benz, General Motors, Jeep and Nissan also conducted their own recalls.

It was recently announced that the Ford F-150 Lightning EPA Range has a range of 320 miles.

On the other hand, some rumors claim that Ford vehicles will be sold without SoC as the global chipset shortage continues.

For more news updates on Ford and other giant automakers, always keep your tabs open here on TechTimes.