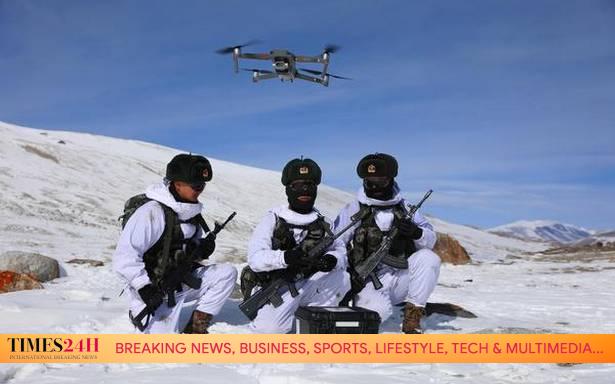 The Communist Party of China exercises control over all branches of state, including the legislature.

The annual convening of China’s National People’s Congress (NPC), or Parliament, on March 5 will hear a proposal for the wider deployment of more advanced drones along border areas, with a legislator proposing the move in the wake of last year’s clash between Indian and Chinese troops along the Line of Actual Control (LAC).

The proposal is being submitted by one of the People’s Liberation Army’s (PLA) representatives at the NPC, which is widely regarded as a ceremonial legislature that usually approves most of the proposals it receives. The Communist Party of China exercises control over all branches of state, including the legislature. The NPC convenes every year and approves policies, including an annual government work report that sets the policy agenda, as well as the defence budget for the military.

Hou Yun, commander of a border defence regiment with the PLA Tibet Military Command who is among the military’s NPC delegates, told State media he will submit a proposal “suggesting that China should enhance border management and control by deploying more smart equipment like drones, as his experience and research indicate huge room for improvement despite the wide use of such devices” by the military.

Last year’s clash in the Galwan Valley, he suggested, had exposed limitations in the current deployment of drones. “To tackle current issues, which include the short endurance, high dependence on weather conditions and insufficient payload capacity resulting from the initial commissioning of only easy-to-use, small drones, the PLA could use more sophisticated, larger drones in its arsenal,” the Party-run Global Times reported, adding that “the proposal comes after a months-long border standoff” with India.

He said the goal was “to resolve three key problems: to see where people can’t see, hear where people can’t hear and go where people can’t go.” The report said he had “recently led a patrol team to a valley at an elevation of 4,000 meters” and while drones were in wide use, they faced limitations including short endurance and vulnerability to harsh weather conditions.

To address those problems, the military is pitching for the use of “larger, fixed-wing drones like the GJ-1 and GJ-2 armed reconnaissance drones” which “can stay in the air for dozens of hours and are equipped with more sophisticated payloads”.

The report said the PLA had used drones for reconnaissance during the Galwan Valley clash last year. Chinese media reported last week that one Shenzhen-based private drone manufacturer had honoured two of its employees who had been deployed to assist the PLA in the Galwan Valley by carrying out drone reconnaissance missions on India’s deployments.

While the PLA would not necessarily require the NPC to approve the deployment of drones, the proposal comes amid renewed public attention in China on last year’s border clash.

The June 15, 2020 clash in the Galwan Valley has been among the most widely discussed subjects in the lead-up to this year’s congress, having received belated attention in the wake of the PLA, on February 19, honouring five soldiers, four of them posthumously. Twenty Indian soldiers died in the clash, that marked the worst violence along the border sine 1967.

The PLA announcement, eight months after the clash and a week after India and China announced disengagement along some areas of the LAC, triggered an outpouring of sentiment on Chinese social media. Some NPC proposals in the past have often grappled with topics in the public spotlight, with the broader aim of underlining how the government was addressing those issues.