In the first expansion of its growing line of cryptocurrency services outside of the US, PayPal just announced it will allow UK customers to buy, sell and hold a range of cryptocurrencies. That means account holders can buy and sell Bitcoin, Ethereum, Litecoin and Bitcoin Cash, a move that puts the online payment service in the same category as fintech challenger bank Revolut and exchanges like Coinbase.

And given that the UK is PayPal’s number two market globally, and the country is a major global fintech hub full of digitally savvy consumers who are early adopters of new financial services, digital payments and cryptocurrencies, it certainly means that bitcoin is now respectable. ? Does this mean that traders everywhere should jump on the bandwagon?

Not quite yet. Even though the stock trading app Robinhood has quickly followed suit and at least one country has decided to use cryptocurrency as a shadow currency for the US dollar. Let’s break down the pros and cons to see why — and why, all things considered, the European Central Bank president is right to rule that cryptocurrency asset remains “highly speculative and suspect.”

A $2 trillion market on paper

Crypto offers lower transaction fees so that the merchant or buyer can save up to 2 percent on credit card fees. You may get clients who want to work with you, but who until now do not have a real bank account, or who come from parts of the world that have traditionally been difficult to serve. Those are strong benefits for an e-commerce player, as is the idea of ​​a reduced risk of fraud (both ways). It is known that every Bitcoin transaction is written in the ledger, so officially “documented”, or at least in code. And on paper, this is a huge market – we’re talking two trillion dollars.

But if you look at the drawbacks, you will see that there are a significant number of them. There is little consumer purchasing power. Ask yourself if there is anyone in your network who actually uses cryptocurrency to buy items online? Unless they are someone who attends all the conferences and have invested heavily in them, they are unlikely to be a user. Compared to standard forms of exchange and buy, this is a very unattractive acceptance rate, less than 1% in most developed countries at least. Elsewhere, however, it’s a different story.

Another negative is the high volatility in the exchange value of such currencies. Transactions can also be painfully slow. It can easily take hours or even days for the transaction to be verified, which is completely the opposite of what you would want from a purchase or a sale, from the buyer’s or merchant’s perspective.

There is also no consumer protection with cyber money. If someone steals your virtual currency wallet, it is gone for good and we often see these kinds of stories. No one can tackle the problem because there is no central monitoring and clearing bank support, and the absence of these institutions is the main attraction of this type of currency.

And since crypto is not regulated, it is very attractive to criminals and fraudsters. There is also a large number of them – the suggested figure is more than 4,000. The other negative argument is nergy consumption. 1 bitcoin transaction can consume more energy than your entire household uses in a month, and it’s a huge amount of energy compared to other forms of “mining”. The Bitcoin mining process creates 191 tons of carbon dioxide versus 13 tons of carbon dioxide for gold. With more and more interest in sustainability, most customers and most merchants will find these environmental concerns unacceptable, for PR reasons if nothing else.

What the future of crypto holds

While there are some theoretical benefits associated with cryptocurrency, there are far too many real mistakes. The e-commerce market is known for the rapid adoption of new technology, but cryptocurrency is not yet a practical option, except in some fringe cases. If you are a criminal and want to smuggle 50 million from one country to another, then ransomware cryptocurrency is the payment method you should use.

Since 99 out of 100 edge cases will end up on the wrong side of the moral register, the logic of PayPal’s move is indefensible. Could crypto soon become a viable medium of exchange in mainstream e-commerce? Ultimately, yes, but it’s unlikely to happen within the next 10 years.

When we come to such a point, it is important to have the right platform to effectively manage crypto payments for e-commerce. And when it does become a reality, it will be on major marketplaces like Amazon much sooner than directly to the consumer. But for almost the entire ecommerce ecosystem today, there’s no need to follow PayPal’s lead here — there are too many real downsides.

Let’s resume the cryptocurrency discussion when some or all of these major negatives have been addressed – and not before. 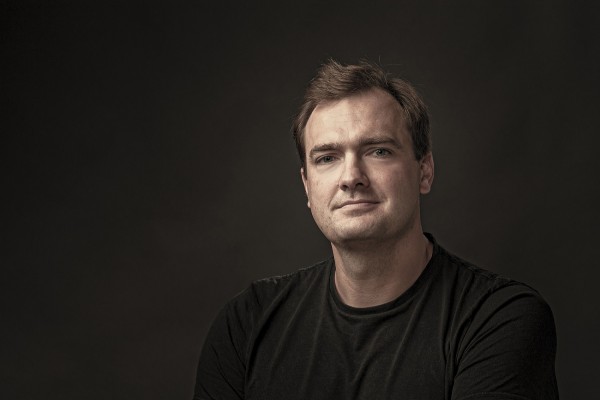 The author is Alexander Graf, co-founder and co-CEO of Spryker, leader of e-commerce B2B software and co-author of The E-Commerce Book