WhatsApp is again changing its course. It will no longer limit or ban users who would not accept the privacy policy change that was implemented last May 15. 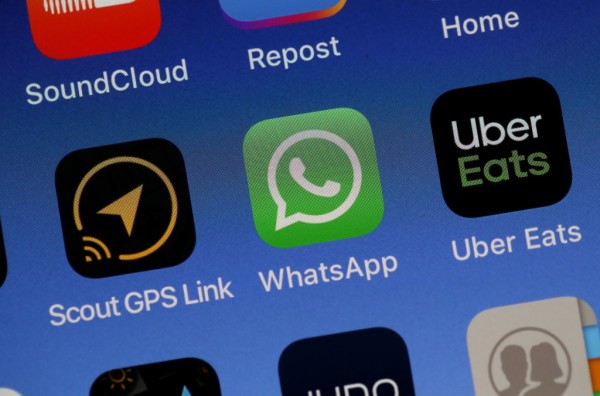 (Photo : by Justin Sullivan/Getty Images)
SAN ANSELMO, CALIFORNIA – MAY 14: The WhatsApp messaging app is displayed on an Apple iPhone on May 14, 2019 in San Anselmo, California. Facebook owned messaging app WhatsApp announced a cybersecurity breach that makes users vulnerable to malicious spyware installation iPhone and Android smartphones. WhatsApp is encouraging its 1.5 billion users to update the app as soon as possible.

It is contrary to the earlier stance of the Facebook-owned company. It said instead that users will be unable to experience the full functionality of the app if they are not willing to abide by the new update.

The new privacy policy has been confusing people since the company has been changing details back and forth, as per Tech Radar. Apparently, it was supposed to be implemented in February, but only did so last month.

The said policy would share the data of WhatsApp users to Facebook too, but due to the backlash and boycott from its users, it got delayed.

Some users suggested other applications such as Telegram, Wickr.Me, and Signal as a suitable replacement for it. These mentioned apps collect lesser data than the criticized messaging app, according to the Apple App Store.

Furthermore, to fully roll out the latest update, the company devised a way to taunt people to comply.

On February 21, WhatsApp said the users will be unable to either read messages or make calls if they disagree with its latest policy. At first, users only had until May 15 to decide, but it has since extended — and now, retracted indefinitely.

In its recent decision, WhatsApp now allows users to reject the notorious policy update without any consequences, at least for now. Privacy experts must have enlightened the messaging giant with the threat, and now, the latter decided to forget about it.

“Given recent discussions with various authorities and privacy experts, we want to make clear that we will not limit the functionality of how WhatsApp works for those who have not yet accepted the update,” WhatsApp told The Verge.

However, the app will still persistently encourage its users through notifications to accept, and review the current changes in its policy.

Read Also: WhatsApp Chat Could Soon Be Transferred to Other Phone Numbers to Make it Easier to Back Up Files

The new policy has even prompted the government of India to ask WhatsApp to remove the latest update on May 18. The email was addressed to Will Cathcart, WhatsApp’s CEO, and was sent two days after its implementation.

According to Straits Times, the Technology Ministry of India said that it leaves Indian users with no choice but to give up their information to its parent company Facebook.

Separately, WhatsApp took the Indian government to court for its new internet rules on May 26. The Facebook-owned app alleged that the latest regulations force tech companies to share their users’ data with the government when apprehended.