What potential does this place have with a USD 13 billion investment by the US energy company to develop wind energy?

This project has an expected capacity of 4,000 MW. The deployment of this offshore wind energy project of AES Group is with the desire to contribute to Vietnam’s carbon emission reduction plan and achieve the target set at COP26.

With its geographical location in the southeast, adjacent to the southern main economic region and with 500 kV and 220 kV transmission line system, Binh Thuan is very convenient to develop energy projects and renewable energy, especially offshore wind energy and LNG gas. to supply electricity to the southern provinces.

A particular advantage of offshore wind energy is that the number of hours of electricity generation is very high, from 5,000 – 6,000 hours/year compared to 1,600 hours/year of solar energy. According to the report on the potential of offshore wind and wave energy in the waters of Vietnam by the General Department of Seas and Islands of Vietnam, the average wind speed per year is 7-10 m/s with a wind energy density of approximately 300 m/s. -700W/m² . 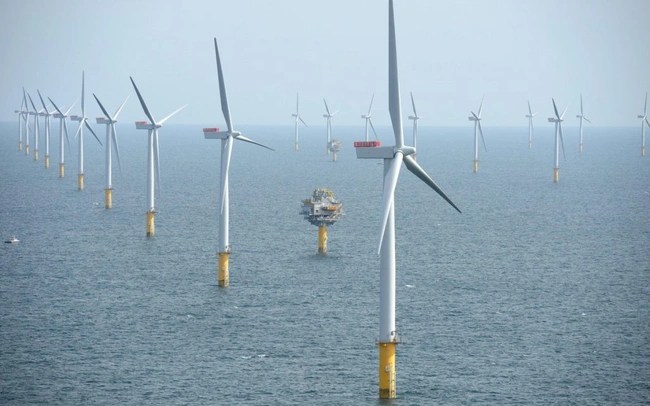 The issue of renewable energy, especially wind power and solar power in Binh Thuan, is attracting many domestic and foreign investors. Wind Power Plant 1 is the first wind power project in Vietnam, managed by Renewable Energy Vietnam One Member Limited Liability Company (REVN), which has generated electricity on the national grid.

And recently, during the annual Vietnam-United States Energy Security Dialogue, which will take place from July 27 to 28, AES Corporation of the United States presented a letter of intent to the Vietnamese delegation desiring to launch an offshore wind energy project in Binh. to put. Thuan Province, Vietnam with a total cost of USD 13 billion, expected capacity of 4,000 MW.

The Ministry of Industry and Trade recognizes and determines the importance of renewable energy sources and has advised the People’s Committee of Binh Thuan Province to prepare the provincial wind and solar energy development plan for the period to 2020, with a vision up to 2030 to identify the potential areas for wind and solar energy development. From there, create a legal basis and favorable conditions for investors to effectively utilize the province’s natural resource advantages, develop local industries and contribute to ensuring energy security together with the entire country. national quantity.

At the same time, the province has proposed to consider adding to the national electricity planning for the period 2021-2030 with a vision until 2045 transmission line systems and 500 kV and 220 kV substations, deploying copper sets for the connection, transmission, capacity release and effective promotion of energy resource projects in Binh Thuan province, where there are 500 kV transmission lines and transformer substations to relieve the electricity capacity of energy projects.