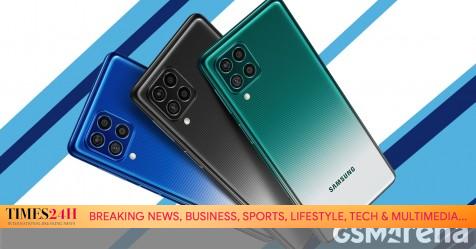 The Samsung Galaxy F62 became available in India on Monday, and then a few days later it became clear that the model would go global as the M62. Samsung Thailand even listed all the official specs for the M-series variant (unsurprisingly, this is a carbon copy).

We don’t know the global prices, but in India the F62 starts at INR 24,000 ($ 330 / € 270). Which, judging by last week’s poll, is a bit too high for convenience – most voters love the phone, but think it’s a bit too expensive. Some forward-looking people have pointed out that the resale value of a 4G phone will be lower than that of a 5G model.

The Exynos 9825 can still go hand in hand with today’s midrange chips (especially in graphics tests). The Snapdragon 730G of the very similar Galaxy M51 doesn’t even come close. Still, if resale value is a consideration, you should keep in mind that 5G networks will grow quite a bit over the next couple of years. Again, the 7,000 mAh battery would have undergone fewer cycles.

For what it’s worth, the M51 cost € 360 in Europe in September, so we would expect the Galaxy M62 to be in the same price range. We’ll find out on Wednesday next week.