VinWonders Nha Trang’s ‘tropical paradise’ has just been awarded the title of ‘The water park on the island owns the largest number of games in Asia’ by the Asian Record Organization.

With the cooperation of Polin – the world’s leading water park design and manufacturing partner, VinWonders Nha Trang brings many innovations in experience thanks to the application of modern technology and design approach to customers. 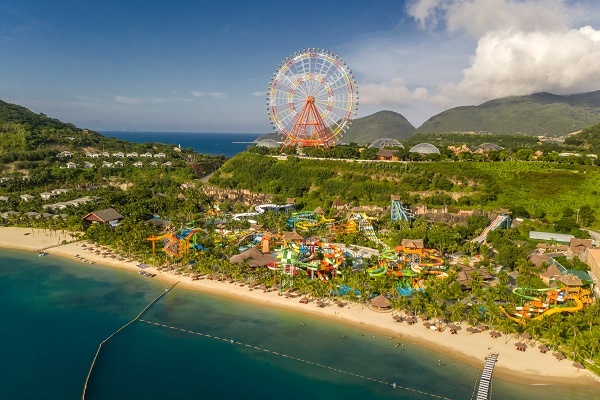 Here, visitors can experience 39 of the world’s leading modern water games, including 27 games that have never appeared at VinWonders Nha Trang. In particular, it is impossible not to mention the attractive games with the current first-class experience: Safari Survival, Sky Squad, Kraken Encounter, Paradise Oasis…

In particular, the King Cobra water slide, which has won many international prizes from Polin, is also featured in this record-breaking water park with an attractive new appearance. The slide quickly became the center of attention with its distinctive shape, offering visitors a “one-of-a-kind” experience. 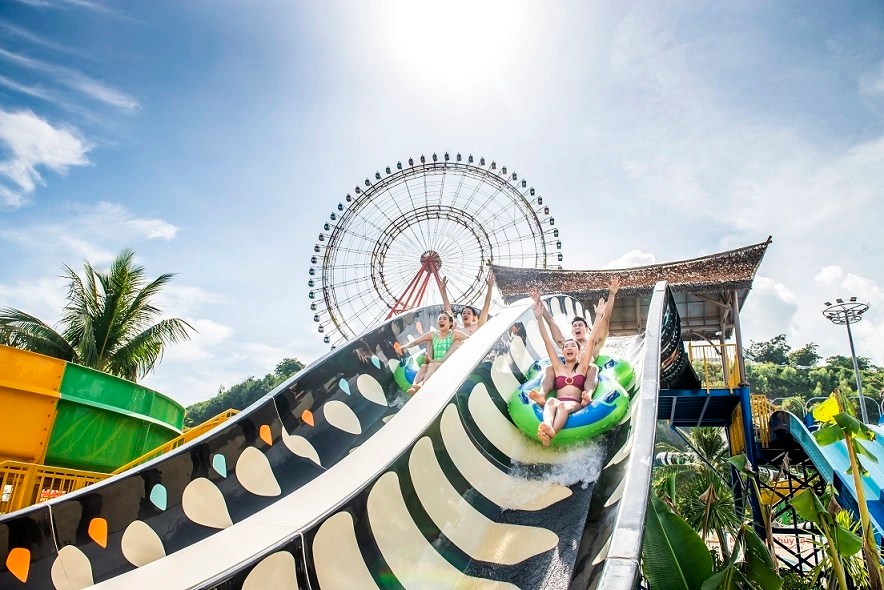 “Tropical Paradise” is divided into 3 subdivisions with world class games.

Moreover, visitors to this leading water park in Asia can hardly ignore the games that create a series of exciting activities in the water village on the tropical bay: carpet slide, slide body, float, zigzag, zipo … with different lengths and slopes, bringing many new experiences and moments of refreshing entertainment.

Notably, this is the first time in Vietnam that visitors will be able to overcome the “Rage of the Neptune” – a race between 2 slides with successive 180-degree and 360-degree turns, in addition to the “flying saucer” floating on the water. These are 2 of the most attractive water games in the world, voted by the World Association of Amusement Parks (IAAPA).

Not only featuring colorful cold water slides, a series of impressive “check-in” scenes and “Tropical Jungle” themed miniatures are also expected to create a completely new look for the Asian record water park – the must-visit amusement park in the bay of Nha Trang. 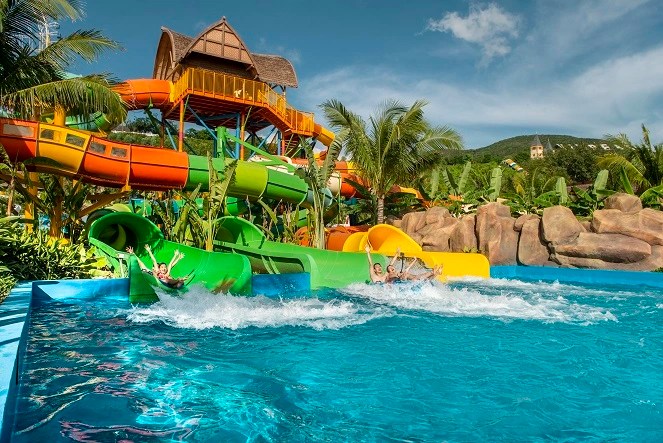 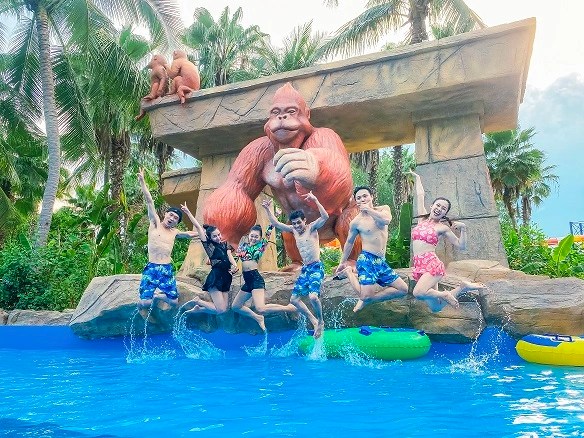 Since its launch over a month ago, “Tropical Paradise” water park has quickly become the summer focal point and most sought-after entertainment destination in Nha Trang.

Along with the world’s only glass-body submarine, Vinpearl Submarine Nha Trang, Zipline, Tata show, VinWonders continues to affirm its pioneering role by providing visitors with first-class entertainment experiences with the most popular collection in the area.