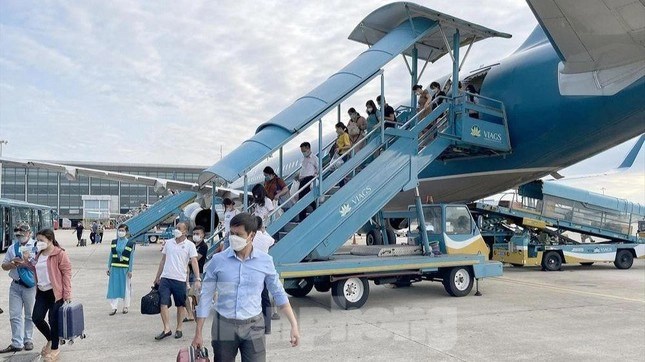 The airline is expected to serve about 100 million passengers this year, 20 million fewer than before the COVID-19 epidemic.

For the international tourist market, it has only recovered about 50% so far compared to before the COVID-19 epidemic. According to Mr. Thang, restoring flight paths in some key markets, especially China, is still difficult due to COVID-19 epidemic prevention policies.

Earlier, when the COVID-19 epidemic broke out in early 2020, regular commercial flights between Vietnam and China were suspended to prevent the epidemic.

Currently, Vietnam Airlines is assigned to operate a number of flights with China each month, but not in the usual commercial form.

Some other international markets, such as Korea, Japan and Taiwan (China) have opened, but the demand for travel is still low and the recovery results are not as expected. In addition, the Indian market has a relatively positive passenger volume with many new routes.

The Civil Aviation Administration of Vietnam predicts that the total number of air passengers will reach about 100 million this year, about 20 million less than in 2019 (when there was no COVID-19 epidemic). In which the passenger volume carried by Vietnamese airlines is about 55 million.