U.S. says its relations with India Pakistan not ‘zero-sum proposition’ 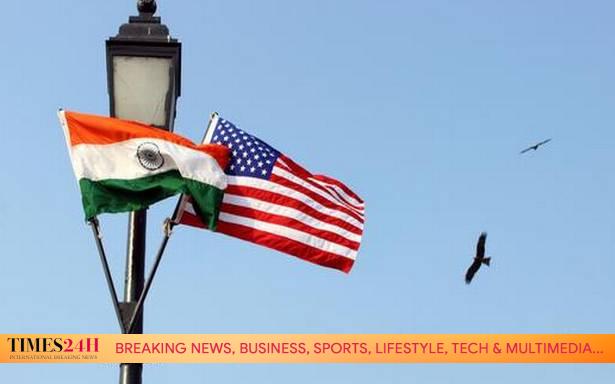 ‘I think the point we would want to make is that United States has important relationships with India, as I said, but also with Pakistan,’ says U.S. State Department spokesperson Ned Price.

The Biden administration views the India and Pakistan relationships as not a ‘zero-sum proposition’, U.S. State Department spokesperson Ned Price has said. His comments, made at a regular briefing, were in response to a question on U.S. foreign policy to Pakistan, given that it borders both Afghanistan and India.

“I think the point we would want to make is that United States has important relationships with India, as I said, but also with Pakistan. These relationships stand on their own in our view. They are not a zero-sum proposition when it comes to U.S. foreign policy,” Mr. Price said.

Mr. Price also said that the U.S.’s $20 billion in advanced arms sales offers to India was a sign of its commitment to the partnership with India.

On Kashmir, the U.S. was following developments in the region and welcomed steps to return Jammu and Kashmir to complete economic and political normalcy, Mr. Price said.

“So, as I think we have said from this room before, as a government, certainly as the State Department, we continue to follow developments in Jammu and Kashmir closely. Our policy when it comes to – when it comes to it has not changed. We welcome steps to return the union territory of Jammu and Kashmir to full economic and political normalcy consistent with India’s democratic values,” he said. The government had restored 4G mobile internet services for the region in early February.

Mr. Price declined to state whether Secretary of State Antony Blinken had raised Kashmir with External Affairs Minister S. Jaishankar but referred the questioner to the readout of their call, saying he would not want to go beyond the readout.

The two foreign Ministers spoke on January 29, and twice in February, once part of larger Quad discussions. None of the readouts mentioned Kashmir specifically.

On Wednesday, Mr. Price reiterated his message from last week, made following the announcement by India and Pakistan that they would adhere to the terms of a 2003 ceasefire along the Line of Control.

“ … We continue to support direct dialogue between India and Pakistan on Kashmir and other areas of – and other issues of concern. Of course, we’ve continued to call for a reduction of tensions along the line of control, returning to that 2003 ceasefire,” he said.