Two-track pandemic: We might just not be in this together – Opinion – Vietnam News | Politics, Business, Economy, Society, Life, Sports 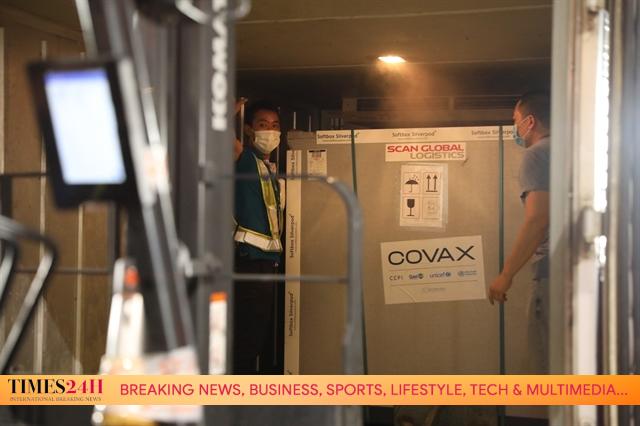 
When news broke that a Vietnamese pharmaceutical company planned to start human trials of a homegrown COVID-19 vaccine in December last year and projected the trials to end in 2022, I had mixed feelings.


There was pride, as my country may be catching up technologically with global pioneers when hardly any other Southeast Asian nations were researching their own vaccine.


The question “What is the point?” however loomed large in my mind – AstraZeneca, Moderna, and Pfizer COVID-19 vaccines were just days away from obtaining approval for use in the UK and the US, two pandemic hotspots, so soon everyone would have it. Then why bother developing another vaccine? Was this some sort of PR move on the part of the vaccine maker?


I’m sure I wasn’t the only one who entertained this thought. But six months since the first dose was administered, reality has proved how naïve and wrong I was as the glaring contrast between the haves and have-nots exacerbates.


Out of the more than 2.1 billion shots that have been injected, high-income nations have accounted for almost 44 per cent of the world’s doses administered, while low-income countries have administered just 0.4 per cent.


The WHO Director Tedros Adhanom Ghebreyesus remarked in a recent press briefing that the disparity has caused a “two-track pandemic” in which developed nations in the west are increasingly protected while poorer ones are left exposed to outbreaks and death – in withering defiance of the oft-repeated platitude of “we’re all in this together” to appeal for global solidarity when nations started to hunker down in unprecedented lockdowns earlier last year to curb the spread of the coronavirus.


More than a year later, on one hand, we have the US and the EU, who have advanced purchased enough to vaccinate their people many times.


The US, with 300 million already administered in a country with a population of 300 million, is facing a true ‘first-world’ problem of swimming in excess while there are not enough people willing to get the jabs that the authorities have resorted to practically bribing the populace (and frankly, preposterously rewarding some people’s health negligence) to receive the vaccine with gifts ranging from cash to booze and even marijuana.


Craig Spencer, Director of Global Health in Emergency Medicine at New York-Presbyterian/Columbia University Medical Centre, wrote he is not opposed to offering incentives to encourage people to get vaccine jabs, but “very much against holding onto a massive pile of doses while healthcare workers around the world without access to vaccine die because someone may eventually want a chance at a million dollars here.”


Rich countries, having vaccinated the most vulnerable groups of their own, are even mulling giving the shots to young children as well, a move considered inappropriate by many public health experts when the shortage is dire and children are least affected by the disease.


On the second track of the pandemic, many former havens have started to experience surging outbreaks, like Taiwan, Singapore and Việt Nam.


Việt Nam, which kept outbreaks to a minimum throughout 2020 and early 2021, has received only 400,000 doses from its order of 30 million with AstraZeneca and some 2.5 million doses from 38.9 million doses from the COVAX initiative so far and is scrambling for more as it battles the biggest wave of infections and strives to inoculate 70 per cent of the more than 90 million-strong population by the end of the year.


Poor countries like North Korea, Eritrea, Burundi, Tanzania, Haiti have not begun to receive any vaccine doses, while most countries in Asia and Africa have not received enough to start mass vaccination drives, including Việt Nam.


COVAX, the global sharing vaccine scheme that was established last year to provide fairer access to vaccines to developing nations, has delivered 80 million doses to 129 countries and territories, far short of the original 200 million doses goal for June.


Liberian doctor, Mosoka Fallah, considered a hero in the fight against Ebola in 2014, made a blistering comment about how “COVAX is just a way for white men to absolve their conscience” after his country of 5 million people received less than 100,000 doses in March.


I shared the sentiment somewhat, because financial donations and pledges matter a great deal, but not so much when vaccines keep just flowing into one place when the situation is just as dire and untenable elsewhere. But still I wouldn’t go so far as to characterise COVAX in such harsh terms, as countries, including Việt Nam, are receiving vaccines free of charge thanks to it, but the reality has been sombre – COVAX was set up in anticipation of richer countries acquiring the lion’s share of available vaccines, and that is precisely what happened, but it seems the altruistic initiative has undervalued how much of a problem it actually is, and pressure is building up.


If the moral duty to prevent suffering in the developing world is not imperative enough for an appeal to share vaccines or technology, then how about self-preservation?


The virus mutates all the time and even more so in uncontrolled outbreaks. The Delta variant (first documented in India) is supposedly 40 per cent more transmissible and resistant to existing vaccines.


The virus has proved its total disregard for artificial borders, so efforts to ensure vaccine coverage in less privileged parts of the world are key to avoiding the emergence of mutations that could bring us back to the starting line.


Economically speaking, developing nations are the factories of the world (Việt Nam’s current outbreak hotspot in Bắc Giang and Bắc Ninh happen to host several foreign companies that contribute to global supply chains so a complete shutdown would be very problematic), so it makes sense to give the population early protection the workforce can return to shut-down sectors, borders can open up, and the global economy as a whole can start to recover.


I’m sure no moral or sensible person wants to see another repeat of the horrifying scenes from India’s devastating outbreaks.


Even though governments must take care of their own people first, it’s still in the rich’s best interests to keep the virus contained.


Sharing and donations have started, while talks of waiving vaccine patents and calls for lifting roadblocks to materials and other critical components for manufacturing of vaccines have started to gain traction at last, though there is a long way to go before we see results.


In a welcome move yesterday morning, reports emerged of a US plan to buy 500 million doses of the Pfizer vaccine – reportedly at a not-for-profit price – to give to COVAX to distribute to low- and middle-income countries between 2021 and 2022, in addition to the 80 million surplus doses it has promised to the scheme.


The details are not available yet, although I do have reservations about Pfizer’s storage conditions. This vaccine needs ultra-cold chain fridges that many developing nations have only a handful of, and even with ‘alternative’ guidelines allowing the vaccine to be kept at normal fridge temperature for about a month, that might still not be enough, and further assistance in terms of logistics will be needed, so let’s see how this donation pans out.


That segues into another problem.


We are now desperately waiting for local companies to finish their own vaccines, for governments and businesses to come to an agreement on waiving vaccine patents, for manufacturers to ramp up production capacity and for developed nations to achieve herd immunity so that any vaccine surplus can be used for re-export or donations.


But when that time comes, the sticking point will be a sudden flood of vaccines in less developed nations that had previously only enjoyed a drip-feed of shipments.


These countries will feel the time crunch and the result will be highly problematic – doses going unused as rollout reaches peak capacity while expiry dates near, or worse, vaccine administration is carried out at a reckless pace at the cost of safety.


That is, of course, a problem we can only dream of having right now.


When the world is out of the woods, I truly hope this time of “vaccine apartheid” as the WHO repeatedly refers to  will be remembered and analysed before anyone waxes lyrical about how humanity has come together to conquer this disaster.


It would be such a waste – and a massive disrespect – to all the suffering and deaths of millions of people if we come out of this crisis learning nothing at all, the world not getting any better or humanity becoming any more resilient, because this pandemic is predicted to be just a taste of what’s to come. — VNS