Two Vietnamese performers, an actor and a musician, aged 37 and 42, were arrested for raping a British minor in Mallorca, Spain.

The alleged victim, a 17-year-old girl from the United Kingdom, dined with her mother, aunt and grandmother at a beachfront restaurant. Later they joined an adjacent table of 3 people (two men, one woman) to chat. At one point, the alleged victim, a 17-year-old British girl, decided to smoke on a wall on the beach, next to the restaurant (smoking on restaurant terraces is prohibited in Spain).

The two men in question sat down next to her and began a conversation with the girl. After about 10 minutes, the group realized that both the girl and the two men were no longer on the wall, so the aunt went to the beach to look for her. When she returned, a waiter from the restaurant said he saw the girl and the two men leave in a different direction, so 2 waiters, the aunt and one of the Germans went to look for her.

They then found her crying on the floor near the neighboring hotel and took her back to the restaurant across the street. When she returned to the restaurant, the girl said that the men attacked her and went straight to the toilet, her aunt followed. 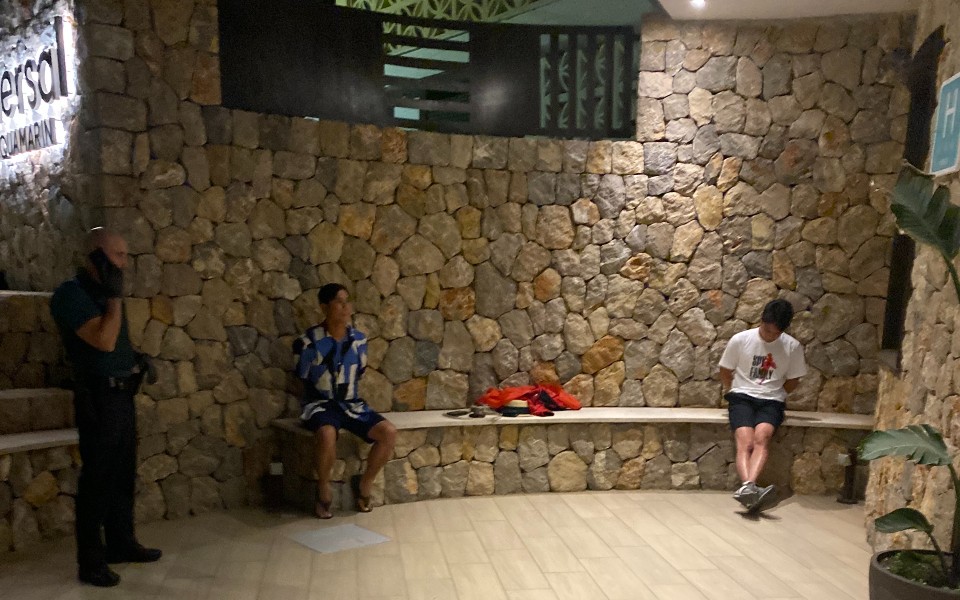 The men handcuffed the police shortly before they were arrested. Photo: Njoy Stelm

According to the victim, the two Vietnamese men told her they wanted to show her another beach nearby and then escorted her to their hotel room, where they raped her one by one.

After the girl returned to the restaurant, the group saw the two men looking over a bush to see what was happening in the restaurant. Two of the Germans quickly got up and followed the men, who tried to run away. They caught them and with the help of the standing restaurant waiters they managed to hold them until the Guardia Civil arrived after about 30 minutes.

The two men tried to remove themselves from the landscape several times, but were unsuccessful. While waiting for police, the 42-year-old claimed they did not take the girl to their room and only talked to her on the beach, despite the girl, the hotel receptionist and CCTV footage saying otherwise. The 37-year-old men claimed he knew nothing about it and could not remember what had happened. The men were subsequently arrested by Guardia Civil.

The incident was already reported in the Spanish media, Vietnam Insider also received two photos of the men handcuffed with police shortly before they were arrested. They have now been released from prison but are not allowed to leave Spain and their passports are being taken away.