Trombia, an Autonomous Robot Street-Sweeper, is Now on a Trial Run in Finland


Autonomous robots don’t really have a good reputation due to countless times they’ve been portrayed as killing machines in popular media. But when you meet Trombia, maybe you’ll change your mind.

CitiesToday reports that Trombia, a fully autonomous street sweeper robot, is now on a trial run in the Finnish capital of Helsinki. The machine is the creation of a company of the same name, Trombia Industries, whose main aim with the robotic street-sweeper is to provide a sustainable way to keep the roads clean with minimal to no distraction.

Also known as Trombia Free, the robot is fully weatherproof. This means that it can operate on its own at full capacity in all weather conditions, according to TheRobotReport. That makes for a very efficient worker who already doesn’t need lunch breaks, doesn’t call in sick, and doesn’t need to be paid. Think of this machine as the bigger version of a Roomba, only much more advanced.

What’s So Good About Trombia?

Now, let’s take a look at what’s enabling this bot do its regular rounds of keeping streets clean.

To navigate its surroundings even in extreme weather conditions, Trombia relies on machine vision technology that’s based on lidar (Light Detection and Ranging). What this means is that the robot street-sweeper fires out controlled laser beams, which help it to measure how far or how near something is. It’s like a digital version of what bats do. The only thing different is that bats use sound, not lasers. 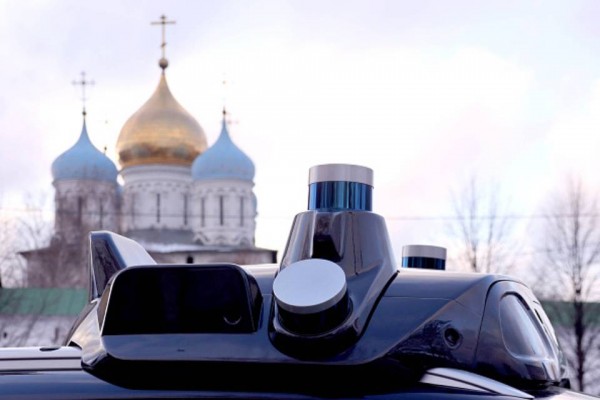 With that kind of tech, the machine will not be hindered by anything from heavy snow and high heat to torrential rain, even if it’s fully on its own. Aside from that, it’s also super power-efficient. To operate, it only needs 15 percent of the power used to operate larger, heavier street sweepers (the big bulldozer-like machines with huge vacuums on them), as report by SmartCitiesWorld.

Cleanliness (And Quietness) Is Sacred

But perhaps the greatest advantage of using Trombia is its very, very low noise profile. The company that made it is so proud of the fact, that they keep on banking on it. As reported on TheNextWeb,  the machine is so quiet that it can work even at night. This is perfect since there are far fewer people and traffic come nighttime, making it easier for the bot to do its job.

Controlling the noise is such an important part of Trombia that a dedicated pilot (while autonomous, the machine still requires human operation) monitors the level of noise it makes. So just think of this robot street-sweeper as some sort of a ninja. You don’t have to worry about anything extremely loud bothering you at night or early morning, because you’ll barely hear this machine coming.

Machines Are Taking Over The World (Kind Of, But In A Good Way)

People know of many scenes in movies with robots that have out-of-work protesters claiming machines stole their jobs. Heck, even pets are getting mechanical replacements like Koda the Robot Dog. But is it something to be really concerned about? 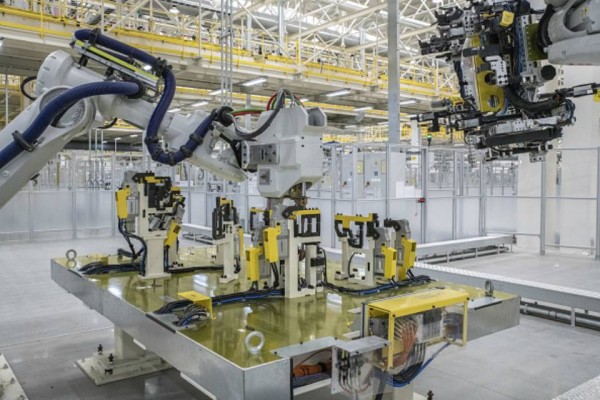 (Photo : Getty Images)
Robots operate on the production line of the manufacturing plant for Zeekr Co., an electric-car unit of Zhejiang Geely Holding Group Co., in Ningbo, Zhejiang Province, China, on Wednesday, April 14, 2021. Geely will use its new Zeekr brand to take on tech giants like Apple Inc. and Xiaomi Corp., which also have ambitions to enter the burgeoning EV market. Photographer: Gilles Sabrie/Bloomberg via Getty Images

While there already are robots doing the likes of blue-collar work, there’s always going to be one thing certain: machines will always need human supervision. In fact, the pandemic is presenting an opportunity for jobless folks to earn a living by controlling robots remotely, among others.

Either way, a robotic street-sweeper is only the first step in the world’s inevitable march to wide-scale automation. Self-driving cars are, too. And as the years go by, the technology is only going to get better.

Let’s just hope they don’t develop sentience and rise up against us.