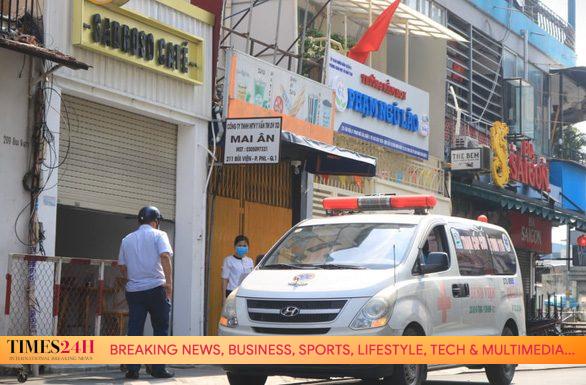 Vietnam is in pole position for implementing this agenda at a fast clip, they add.

As Vietnam’s leadership prepares to steer the nation for a new five-year term, Carlyle Thayer, Emeritus Professor, University of New South Wales Canberra at the Australian Defense Force Academy, said there were key developments in Vietnam that stand out.

Vietnam has been successful in: lowering poverty; maintaining relatively high growth rates before and after the Covid-19 pandemic compared to other developing countries; taking its prestige as a constructive member of the international community to an all-time high; combating the coronavirus pandemic.

According to survey results released by Australia’s leading think tank Lowy Institute, Vietnam ranks second in the world after New Zealand in its handling of the pandemic.

Thayer felt that the new Politburo should use the next four to five months to prepare for and hold elections to the National Assembly to complete the process of leadership transition, losing no time to allocate assignments to its members.

He said outgoing ministers should ensure that a smooth transition occurs and the incoming ministers and deputy ministers are well briefed on their responsibilities.

Then, the new government must prepare a national stimulus and economic recovery plan to be implemented as soon as possible.

Now is the time for the Ministry of Foreign Affairs to begin planning for an exchange of high-level visits after the National Assembly elections, with priority given to Vietnam’s closest strategic partners, Thayer said.

Vietnam also must move ahead on multiple fronts to address possible impediments to continued economic growth. High priority must be given to establishing working relations with the Biden administration in the U.S. to address bilateral economic and commercial issues.

Thayer also felt Vietnam cannot conduct “business as usual,” but work harder with a sense of urgency to pick up momentum for domestic recovery with the assistance and support of the international community.

Le Hong Hiep, a fellow at the ISEAS-Yusof Ishak Institute in Singapore, said Vietnam has been able to improve its business environment over the past five years thanks to consistent efforts to remove business conditions, cut red tape, curb corruption, and develop infrastructure. These improvements have played an important part in Vietnam’s rather strong economic performance over the past five years.

These efforts should pick up greater speed in the next few years under the new government, Hiep said.

Vietnam should particularly prioritize the development of high-quality and green infrastructure to improve connectivity and reduce logistics costs for businesses.

Hiep said the anti-corruption campaign should now aim to remove corruption even at lower levels of governments, not just focus on big cases at the central level.

In order to materialize the vision of turning Vietnam into a developed economy by 2045, Hiep hoped that the new government will invest more in research and development and high-tech manufacturing capabilities to transform Vietnam’s growth model towards greater sustainability and innovation.

“Failing to do so, Vietnam will risk falling into the middle-income trap,” Hiep added.

Meanwhile, expats residing in Vietnam for a long time said they have experienced a lot of advancements in recent years and were confident that it would continue under the new government.

“The improvement of the country (since 2000) is vast and amazing,” said Fran Araujo, a Spanish businessman who made Hanoi his home in 2016 after regular trips back and forth since 2000.

The infrastructure has developed impressively, Araujo said. He used to take around six to eight hours traveling from Ha Long Bay, Quang Ninh, to Hanoi, but now it’s just two hours, thanks to a modern highway. There were skyscrapers everywhere in Hanoi now, compared to a handful during his early days in the capital city. The airport has been upgraded into to modern one of international standards.

Araujo said the economy had developed dramatically in recent years with more and more rich people and an expanding middleclass. People were capable of buying houses, cars, education and healthcare services and enjoy holidays to extents that had not happened before.

He highlighted in particular that developing almost any kind of business was even easier than in Western countries.

“Living in Vietnam is easier and more comfortable now,” he said.

When Covid-19 appeared in Vietnam at the beginning of 2020, Araujo saw that the country tracked each case seriously and efficiently, engaged in massive testing and strictly applied quarantines. Vietnam has controlled its borders well and closed small areas, preventing the crisis from affecting the whole economy. The key to this success was quick reaction in initiating prevention and control measures, he said.

“There is no doubt Vietnam is one of the best countries in the in managing this pandemic. We feel safer than in other countries; we feel proud and thankful to live in Vietnam,” he said.

Luke Kenny, an Irish teacher who has been in Vietnam for 10 years, was also impressed with the Vietnamese people and the government in reacting very quickly to the Covid-19 pandemic. The authorities have also shown determination to control the latest outbreak at the end of January 2021, as Tet got closer, he said.

“I think everybody feels lucky to be here. Vietnam is doing better than other countries around the world.”

Frederick Abel, an American doctor living in Vietnam for over 20 years, said in managing the Covid-19 outbreak, Vietnam has shown strong leadership, taken smart decisions and made tough choices, and there was a sense of unity across all segments of society.

There was no longer talk of the country as poor and backwards, Abel said.

He said the people were optimistic, positive and proud of their country.

The range of products produced locally and imported had increased vastly; electronic and digital banking services have developed.

Araujo said he wanted to see Vietnam continue the progress it has, being open to the world with more free trade agreements, and fewer import and export limits.

Vietnam should act to reduce pollution, which he felt was a main problem. The country should promote public transportation and reduce the number of old vehicles on roads.

Kenny hoped Vietnam would allow foreigners who have been vaccinated to come in the near future, so his parents could come again to see their grandchildren.

He said he wished to see more parks, spaces for family and sports activities in the coming years. He said he was worried that there won’t be any more football pitches and other sporting spaces for people as more and more buildings were built.

In HCMC, Frenchwoman Léna Lalila said her biggest hope was to see improvements in street flooding and pollution. She also hoped to see electric buses and cars, more green spaces, and more entertainment choices for citizens, as well as more job opportunities and higher wages for people in the coming years.

While Abel also expected to see a continuation of the current positive trends, he saw pollution as a major challenge and better urban mass transportation like the metro as solutions. New regulations can include limits on private cars in the city center perhaps by using a toll system similar to Singapore, he said.

When Tet getting closer, Abel felt Vietnam needs to take stronger measures to contain the pandemic and protect the success already achieved. He felt speedy introduction of vaccines for the most vulnerable or exposed was of critical importance.

But the bottom line, Abel said, is that “Vietnam is winning.”

Coronavirus | Situation in Gujarat is turning grimmer by the day