TikTok Viral ‘The Garden’ Trend Could Create a Cult: Here are Some of Its Signs

TikTok is popular for making trends and other viral content that could certainly entertain and amuse its users. However, some of its popular challenges are quite disturbing. 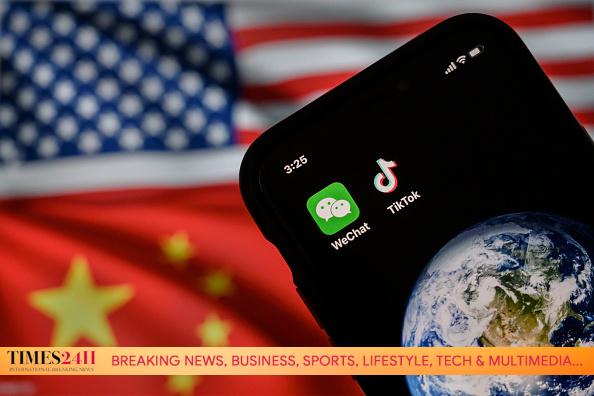 (Photo : Photo by Kevin Frayer/Getty Images)
In this photo illustration, a mobile phone can be seen displaying the logos for Chinese apps WeChat and TikTok in front of a monitor showing the flags of the United States and China on an internet page, on September 22, 2020 in Beijing, China. Both popular Chinese-owned apps are facing bans under an executive order signed by United States President Donald Trump.

Experts claimed that a new viral TikTok challenge could lead its participants into a cult. This new viral content was created by the TikTok user @treeisalive.

The enthusiastic, red-haired TikTok influencer currently invites people to join in on his low-key party. After that, he will provide his address so that people can visit him. His popular challenge is called The Garden, which is an off-grid, intentional community.

He even created a website to promote the trend called The Free Garden.

“The Garden is currently closed to the public. We feel sincere gratitude for the continued support of so many,” he said via his official site.

According to Insider’s latest report, the viral TikTok account currently has more than 83,000 followers, with various sources confirming that it had already attracted a lot of people, especially those who believe that they don’t fit into the mainstream society. (Photo : Photo Illustration by Drew Angerer/Getty Images)
In this photo illustration, the download page for the Tiki Tok app is displayed on an Apple iPhone on August 7, 2020 in Washington, DC. On Thursday evening, President Donald Trump signed an executive order that bans any transactions between the parent company of TikTok, ByteDance, and U.S. citizens due to national security reasons. The president signed a separate executive order banning transactions with China-based tech company Tencent, which owns the app WeChat. Both orders are set to take effect in 45 days.

On the other hand, @treeisalive also posted some videos about their daily activities. These mostly focus on getting basic access to food and shelter, which is comparable to the life of a farmer.

Aside from these, The Garden commune’s members are also sharing their responsibilities and possessions, which experts claimed to be the same activities with a cult.

Because of this, some critics said that The Garden could lead to a cult. They also discovered a few signs acted by these group of people.

Cult experts claimed that @treeisalive released a video in early March, showing how they killed a stray cat. However, the TikTok influencer defended that this feline also killed their chickens.

After that, @treeisalive said that they ate the cat so that it would not go to waste, claiming that the cat’s meat tastes like chicken. Because of this, another TikTok account called CultTok, a group of TikTokers who are concerned about cults, created some pages and websites that would help them take down The Garden.

Aside from The Garden, there was also another disturbing TikTok trend, which is called April 24 Challenge. WGN TV previously reported that this new challenge was promoting a national day that focuses on harassing women.

Thankfully, it didn’t happen. If you want to know more details about it, all you need to do is click this link.

For more news updates about TikTok and other popular social media platforms, always keep your tabs open here at TechTimes.