Tiki raised $258 million in a funding round led by AIA Insurance and plans a U.S. IPO

Vietnam’s Tiki raised $258 million in a funding round led by AIA Insurance Inc. as the e-commerce startup looks to expand into life insurance and plans a U.S. initial public offering.

“This shows the belief of the global capital markets in Vietnam’s growth and potential,” said Son, who founded the company in 2010 by delivering English books on his motorbike. Tiki has emerged as one of Vietnam’s largest homegrown e-commerce companies, with operations countrywide and about 4,000 employees. Previous investors include Sumitomo Corp., JD.com and Northstar Group, according to the company.

The startup, which initially planned to list in the U.S. by 2025, now intends to do so as early as a year’s time, Son said. The IPO could possibly be via a merger with a blank-check company, though no decision has been made, he said. A successful U.S. listing of a major Vietnamese startup like Tiki could help pave the way for increased foreign investment in Vietnam’s nascent tech sector, which he believes has the potential to emerge as an Asian tech hub.

The Ho Chi Minh City-based company is tethering itself to Vietnam’s rising middle class, which increasingly is turning to online commerce, particularly during the pandemic when Tiki’s fresh-food delivery service expanded rapidly, Son said. Tiki expects revenue growth of 40% to 50% in the next few years, he said. 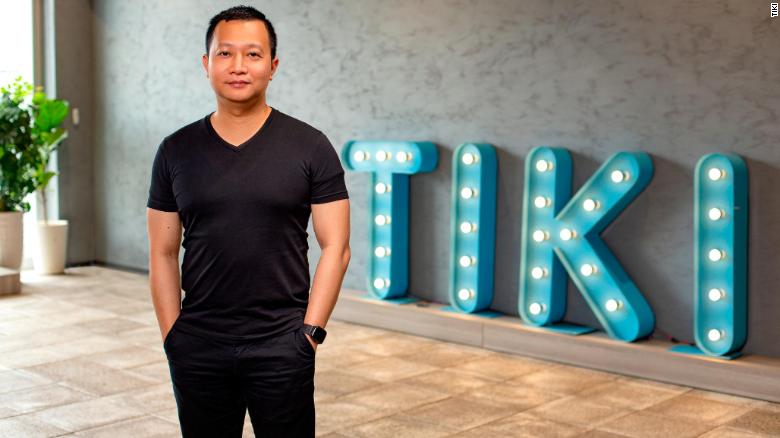 The startup deploys motorbike drivers in cities from Ho Chi Minh City to Danang and Hanoi to deliver packages as fast as two hours after orders arrive and is trialling 30-minute and one-hour deliveries, he said.

The new funding will accelerate investments in logistics — which include artificial intelligence and robotics to manage inventory — orders and deliveries, Son said. Tiki plans to offer easy-to-buy customized life insurance products, he said.

The company has a 10-year partnership with AIA Insurance. It is further diversifying by developing a platform enabling companies to integrate independent apps into Tiki’s ecosystem, such as an investment firm’s application that allows users to access plans, the company said.

Son envisions Tiki participating across many business categories. “We super focus on Vietnam,” he said. “We are looking to be 1%, 2%, 3% of Vietnam’s GDP.”

The government has targeted online shopping to account for 10% of Vietnam’s retail sales — and as much as 50% in Hanoi and Ho Chi Minh City — by 2025.

Vietnam is forecast to have 53 million online consumers, or 71% of its population aged 15 and older, by the end of the year, an 8% jump from 2020, according to an August report by Facebook and Bain & Co. The country has the second-highest growth rate in digital consumers in Southeast Asia, just after Indonesia, the report said.

Vietnam’s online retail market is expected to reach $12 billion this year and $56 billion in 2026, it said.

Tiki in June raised 1 trillion dong ($44 million) from the issuance of non-convertible and secured bonds via a private placement, according to the Hanoi Stock Exchange.