The US Navy’s anti-hysonic missile power systems are now being developed; Efficient against Chinese, Russian missiles?

The US Navy is now making anti-hysonic missile-directed energy systems one of its priorities to bolster the country’s defenses.

(Photo: Photo by STR/KCNA via KNS/AF)
This undated photo released on May 30, 2017 by North Korea’s official Korean Central News Agency (KCNA) shows a test fire from a ballistic missile at an undisclosed location in North Korea.

The Chief of Naval Operations said they are now working on advanced directed energy weapons that can destroy fast-moving missiles sent by Russia and China.

According to the latest report from CNN Politics, directed energy systems use intense laser power or powerful microwaves to eliminate hypersonic missiles. 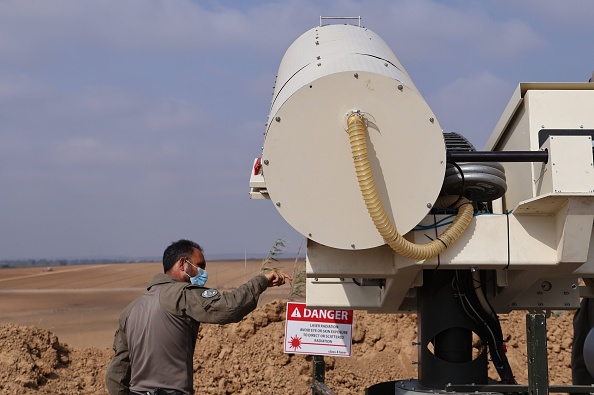 (Photo: Photo by EMMANUEL DUNAND/AFP via Getty Images)
An Israeli army engineer inspects the “Light Blade” laser defense system, designed to intercept incendiary threats from the Gaza Strip, at the Israeli Kibbutz of Kissufum, along the border with the Palestinian enclave on August 30, 2020.

At press time, missiles that can travel five times the speed of sound still have problems with the United States’ defensive technologies.

In addition to being too fast, hypersonic missiles also have unpredictable trajectories, making them more dangerous compared to ballistic missiles and other models.

“They are a major concern. Russia and China are both developing those capabilities and will deploy them shortly,” Gilday said.

Now, once the necessary directed energy weapons are completed, the US Navy is expected to take more efficient countermeasures against Russia’s and China’s hypersonic missiles.

The US Navy has already tested directed energy systems that rely on high-density lasers. However, some failed or were developed only to destroy minor threats.

In 2014, a laser weapon system was used on the USS Ponce. The defense technology was able to bring down small planes, drones and even small boats.

Now the defense agency decided to install the HELIOS laser system developed by Lockheed Martin. This energy-based weapon was mounted on the USS Preble, making it the Navy’s newest defense effort.

In other stories, the US military accused the Russian satellite Kosmos 2558 of shadowing its spy satellites.

On the other hand, Lockheed Martin’s layered laser weapon, which can protect soldiers from mass threats, has been tested before.

For more news updates on the upcoming US Navy directed energy systems and other defense technologies, always keep your tabs open here on TechTimes.

Related article: US Navy attaches cameras to dolphins, and the images are cute and hilarious!