The dangers to the economy and investment climate of false rumours

“Good rumors are near, bad rumors are far away”, an idiom of the ancients, referring to the dissemination of information in the community, but it is much limited compared to today, when “the world is flat” with the explosion. of the internet and social networks (MXH), information is disseminated at lightning speed. Social media with billions of participants is a useful information channel, but it is also an environment for spreading false rumours, fake news and unverified information.

It is alarming that the spread of fake news and fake news on the internet and social media is currently very complicated and tends to increase. Rumors and fake news disseminated by many objects and organizations have wreaked havoc on the honor and reputation of individuals, organizations and companies, creating trends, trends and distorting ideas in the nature of many enterprises’ activities, with adverse consequences for the financial, collateral, and real estate markets, causing many companies to lose their reputation, drop revenues and put the entire economy at risk. 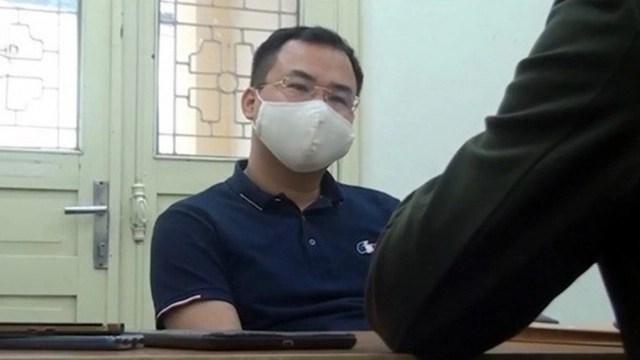 Defendant Dang Nhu Quynh posted false information on the social network Facebook, which had a negative effect on the stock market and caused economic damage and reputation of organizations and individual investors. (Photo: VTV)

Bad actors have thoroughly taken advantage of the features of social networks to spread information, defame, disrupt … pretending to be celebrities to post fake news, fake news to guide public opinion; take advantage of hot events and issues that attract the attention of society to create false information, mislead public opinion in favor of individuals and organizations.

Information from the Ministry of Public Security, in the 10 months of 2022, the police prosecuted and investigated 527 cases of cybercrime, an increase of 144% from 2021. With the posting of false information. According to the truth on websites, authorities have prosecuted 63 cases involving 68 defendants, administratively sanctioned 455 subjects, called, questioned, deterred and asked to remedy the consequences with 1,500 subjects.

Under the current regulations, people who spread fake news or false information can be fined administratively as prescribed in point a, clause 1, article 101 of Decree 15/2020/ND-CP. In particular, a fine of 10 to 20 million dong for abusing social networks to perform any of the acts of providing and sharing false information, false information, distort, slander, insult the prestige of agencies, organizations , honor and dignity of individuals…

Article 288 of the Criminal Code of 2015 also provides that anyone who uploads information on computer networks or telecommunications networks that violates the provisions of the law and causes bad public opinion may be held criminally liable for the offense of posting or unauthorized use of information on computer networks and telecommunications networks. The penalty for this crime is a fine of VND 30-200 million, a non-custodial reform for up to 3 years or a prison sentence of 6 months to 3 years.

If the crime was committed in one of the organized cases; abuse the right to operate computer and telecommunications networks; causing damage of VND 500 million or more; who have adverse effects on security, social order and security, etc., are punishable by a fine of VND 200 million to VND 1 billion or imprisonment for 2 to 7 years.

At the same time, violators may also be subject to an additional fine of VND 20-200 million, a ban on holding certain positions, practicing certain professions or practicing certain jobs for 1-5 years. However, the separate application for this behavior is not specific and obvious, so it usually stops dealing with administrative violations with fines and rarely turns into criminal law.

Commenting on violations in cyberspace, Attorney Hoang Tung, Trung Hoa Law Office under the Hanoi Bar Association, said that, in addition to some individuals and organizations, most users of Social Media as a tool to spread false information do not understand unverified information. and not anticipate the consequences of their actions, as well as the seriousness of their problems.

“There are many instances where people spread rumors just because of psychological inhibition, seeing social media as a personal power to spread rumors, defame individuals and companies…especially if these acts come from individuals and organizations abroad, it is still very difficult to handle,” said lawyer Hoang Tung.

In order to deal with these acts, according to lawyer Hoang Tung, in addition to the sanctions prescribed in legal documents, organizations and companies should immediately consult with the dispersion to make this clear; collect relevant evidence and information, make a statement if necessary to prevent the subject from erasing the evidence, and immediately notify the competent authorities.

“Individuals, organizations and companies should absolutely not be guided by bad objects and follow the trend of controversy that easily leads to rude statements and actions. In the long term, companies should not only strengthen the orientation to improve the understanding of social media users of relevant agencies, but also have functional departments to continuously monitor and control information, and to immediately detect illegal actions. Because of libel, false rumors that damage the reputation of their companies, especially rumors about reputable companies and individuals with great influence in society,” advises lawyer Hoang Tung. 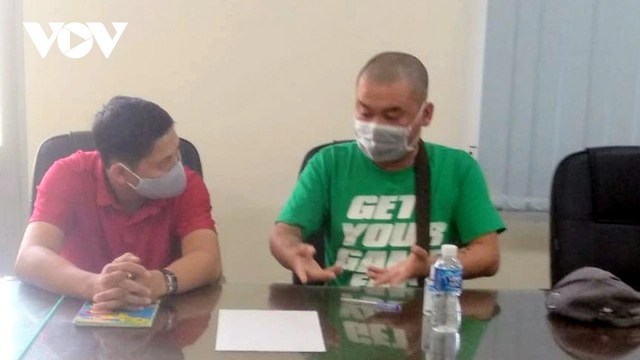 CEO Le Dung – chairman and general manager of Dgroup Human Resource Development and Training Joint Stock Company, member of the executive committee of the Hanoi Association of Small and Medium Enterprises (HANOISME) said that facing too many information sources that are not suitable Strict control causes that people, especially social media users, feel ‘free of speech’. Often, a person just needs to hear a source of information without knowing right and wrong, and it immediately spreads on the Internet, creating danger, greatly affecting many individuals, organizations and businesses.

“The characteristics of disseminating information on social networks make users feel too tolerant, so it is necessary to do better in propaganda and education to change the thinking and perception of social media users in communication activities. management work there should be more sanctions and laws to prevent and deal with this situation.Technically, the authorities should coordinate to add filters and check keywords in the search and access process to remove, restrict and control information before it is distributed.” suggested by Mrs. Dung.

In case of malicious rumors and false information, Ms. Dung advises companies to calm down to deal with it. In particular, each company must set up a division of legal experts and a team of media advisors to quickly address the spread of communication problems and crises. What is more important in their business operations is that companies should always establish that the spirit of respect for the law is paramount, especially for start-ups to avoid and minimize risks of false rumours.

College isn’t the only way to success: the tech billionaires below have proven it