CN Traveler magazine just released a list of the worst airports in the world. Tan Son Nhat Airport (HCMC) is also mentioned, but not the culprit.

The results of the list are taken from data from the aviation intelligence company FlightAware. Data was collected from May 27 to July 31. In this list, CN Traveler also mentioned Tan Son Nhat airport, but in a positive way.

“Chaos seems to be sweeping most of the world’s airports this summer. However, there are a few places that are still working efficiently,” CN Traveller was quoted as saying. 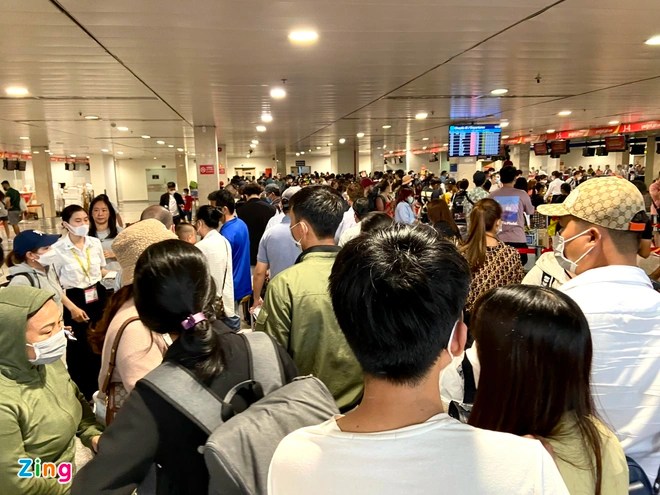 Tan Son Nhat Airport has the lowest cancellation rate in the world. Photo: Do ​​Tran.

The results also show that airports in the US have many cancellations and delays. Two of the worst airports are in New York, including LaGuardia (7.4% cancellations, 27% delays – 7th) and Newark Liberty (7.2% cancellations, 32% of flights delayed – 9th place).

New York’s largest airport, John F. Kennedy International Airport, was more efficient with only 3.3% of cancellations and ranked number 30. However, 32.5% of flights left the city. Street has been postponed.

Not only in New York, other domestic airports in the US are also on the list of worst names. Washington DC’s Reagan National Airport ranked 21st on the list with 5.1% flight cancellations and 27.9% delays.

In Europe, the two worst airports are Oslo Gardermoen (Norway) and Frankfurt (Germany). The ranking of both is 14 and 24 respectively.

A FlightAware spokesperson said: “Frankfurt is considered one of Europe’s best performing airports. However, like other major European airports, it struggles with air traffic issues. Staff members. They even suffered a one-day strike in July, which resulted in massive cancellations.”

Last year, Frankfurt Airport’s position on the list was 50.