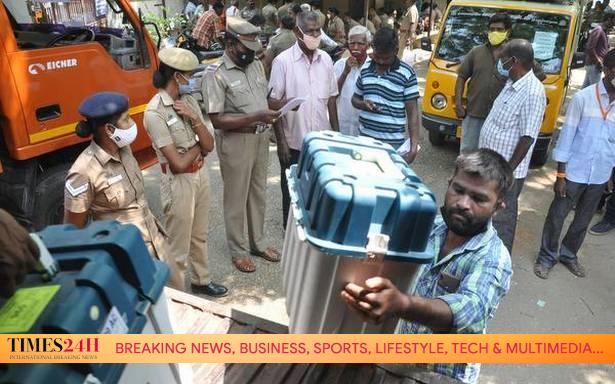 According to an official, the Election Commission has also enabled webcasting and live streaming of the proceedings in the vulnerable stations.

The police have made elaborate security arrangements for polling on April 6, with more than 9,000 police personnel being deployed in Cuddalore, Villupuram and Kallakurichi districts.

According to a police officer, apart from 6,000 police personnel from the district police, Armed Reserve and Tamil Nadu Special Police, over 2,000 from the Central Armed Police Force will also be deployed for poll duty.

As many as 6,938 polling stations – 3,001 in Cuddalore, 2,368 in Villupuram and 1,569 in Kallakurichi district will function. Of this 211 booths have been identified as vulnerable and critical in Cuddalore district.

In Villupuram district, there are 33 critical polling booths and 53 vulnerable booths.

The police have also stepped up vigil on the inter-State border with Union Territory of Puducherry to prevent the flow of liquor.

According to an official, the Election Commission has also enabled webcasting and live streaming of the proceedings in the vulnerable stations. In addition, micro observers have been deployed in the polling booths to ensure that polling is fair.