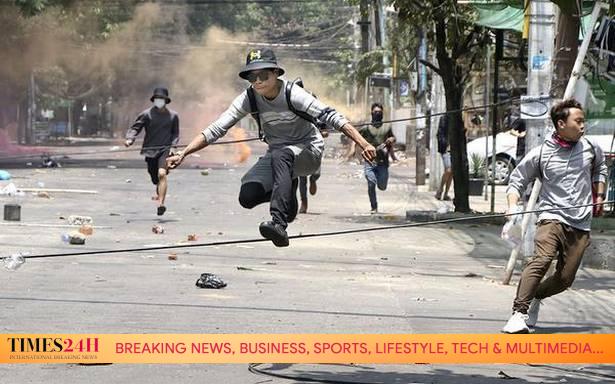 They have been charged under Official Secrets Act; UN envoy calls for ‘collective action’

Myanmar’s deposed leader Aung San Suu Kyi has been charged along with four of her allies with violating the country’s colonial-era Official Secrets Act, her chief lawyer said on Thursday.

Ms. Suu Kyi, three of her deposed Cabinet Ministers and her detained Australian economic adviser, Sean Turnell, were charged a week ago in a Yangon court, Khin Maung Zaw told Reuters by phone, adding he learned of the new charge two days ago.

Ms. Suu Kyi has been detained since a February 1 coup and is also charged with violating coronavirus protocols, illegally possessing two-way radios and has been accused by the ruling military council of bribery.

Meanwhile, the UN Security Council held an urgent closed-door session on the escalating crisis on Wednesday, and special envoy Christine Schraner Burgener urged it to act. “I appeal to this council to consider all available tools to take collective action and do what is right, what the people of Myanmar deserve,” she said.

She said she remained open to dialogue with the junta, but added: “If we wait only for when they are ready to talk, the ground situation will only worsen. A bloodbath is imminent.”

The council’s statements have so far expressed concern and condemned violence against protesters, but dropped language calling the takeover a coup.