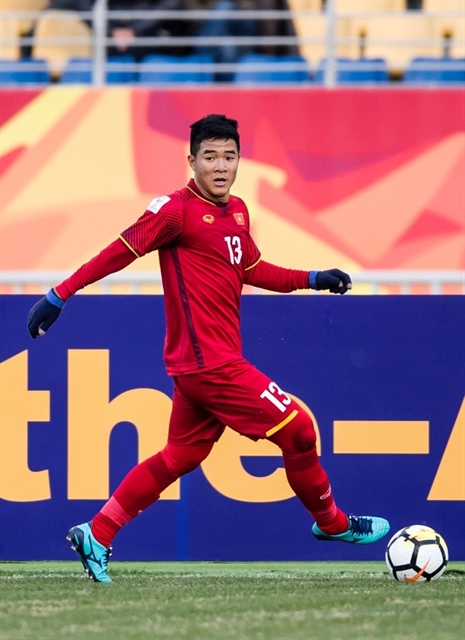 
HÀ NỘI — When Hà Đức Chinh was a small boy growing up, his family could not afford to buy him a football.


Instead, he had to make do with one made by his father from banana leaves and waste paper, held together with string.


Chinh loved that make-shift ball, and as a child, could be seen kicking it around the rice fields in the mountainous province of Phú Thọ where he lived.


Sadly for Chinh, his club form with SHB Đà Nẵng hasn’t quite been replicated on the international stage, and despite banging in the goals for youth teams in the past, he is struggling to find the net for the national team.


But this hasn’t deterred the 24-year-old from setting lofty targets for the rest of his career.


“Sometimes the pressure playing for the national team can be intense, but it also makes me stronger,” said Chinh.


“Whenever I’m faced with difficulties, coach Park is always there to encourage me.


“He often told me that I could do it and said picking me for the national team means he believes in me.


“He asked me to be stronger to do the tasks he has set and he will wait to see me shine.”


At just 10-years-old, those around Chinh could see his potential and he was picked for both his school and provincial teams.


A turning point came in 2012 when he played in a national tournament for children and caught the eye of scout Trần Minh Chiến.


“I was persuaded by his abilities with his first touches on the ball,” said former national forward Chiến of PFV Football Training Centre.


“He made me change my decision, I decided to pick Chinh, a striker, instead of a midfielder as planned.


“I appreciated his form, I liked his teamwork playing style and I saw his potential from his high jump and headers and his confidence in the penalty area.


“Even watching him all those years ago, I imagined the day would come that he would play for the national team.” 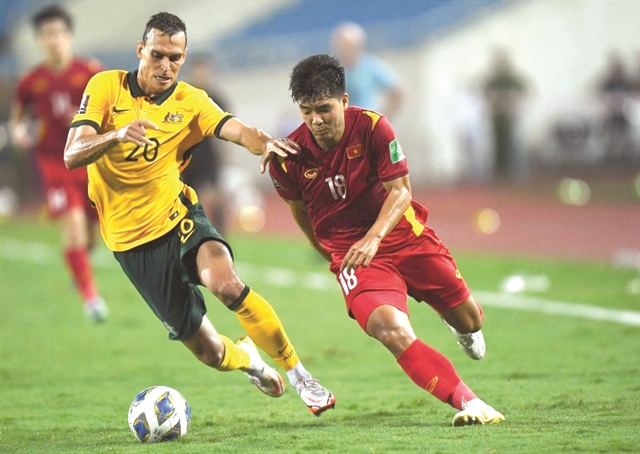 
Chinh joined the footballing centre several weeks later but faced many challenges to integrate with the new environment, new teammates and the professional coaches.


He said: “There was nothing I could do to make me standout among the other young players.


“I did not even know how to play in a team of 11 players. I did not know how to run without ball or to move and choose the best positions.”


But his perseverance paid off, and after a year of hard work, he finally began to shine.


Chiến added: “He came to us three years later than some of the other players at his age, but it took him only six months to catch up.


“He progressed quickly and I was really pleased with his development and determination.”


Wearing a PVF jersey, Chinh played in and won national tournaments at under 15, 17 and 19 levels.


He was a vital player in the silver medal success at the AFF U19 Championship in 2015 where he scored seven goals.


He was first call to the national team to win the AFF U19 Championship silver in 2015 where he scored seven goals and was the top scorer.


He represented the national team at the FIFA World Cup U20 in South Korea and was part of the squad that finished third at the M-150 Cup of Thailand with the U23 side in 2017.


In the domestic league, despite his lack of experience, Chinh has been key player of V.League 1 side SHB Đà Nẵng since 2017 with 23 goals to date.


His performances won coach Park Hang-seo’s trust for the Asian U23 Championship in 2018 when the team made an important milestone in history with a silver medal and were welcomed home as heroes.


Also that year, Chinh and his teammates won Việt Nam’s second regional AFF Cup after a decade and secured fourth place at the Asian Games, the highest ever position in this competition.


In 2019, he was with U22 Việt Nam side that won the Southeast Asian Games title for the first time in their history.


“It was my biggest event to date,” Chinh said.


“Coach Park told us that we must do our best and good results would come.


“At that time, I did not believe him, but he was right we reached the final.


“I remember before the game seeing the snow falling and I thought, I’d never actually played in the snow before!


“And although we lost, we played a great game, and we only lost by conceding in the last few minutes. It was an amazing tournament and I never imagined we would go so far.”


Silver wear did eventually come at the 2018 AFF Cup.


“It was difficult to describe my feelings when we won the trophy,” he said.


“It was my first title at national team level in an official tournament.


“I was, we were, all very, very happy. We were all speechless and could only express our feelings through gestures, smiles, laugh and hugs.


“The 2019 SEA Games was a memorial competition. I did good job, fulfilling task that coach Park assigned me with eight goals that made me a best scorer of the tournament.” 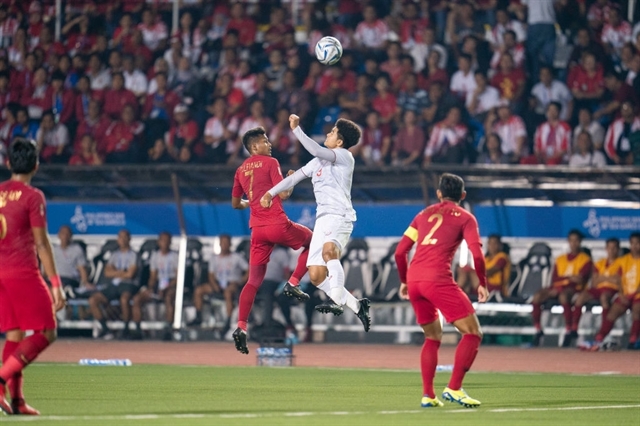 Hà Đức Chinh (No 9) of Việt Nam challenges Zulfiandi of Indonesia (No 7) in the final at Rizal Stadium during the Southeast Asian Games on December 10, 2019 in Manila, Philippines. — AFP/VNA Photo


Despite not scoring for the first team since 2017, he is still a key member of the squad.


Pundit Ngô Quang Tùng pointed out that coach Park has limited options upfront, and while he may be struggling to find the net, Chinh’s overall contributions to the game validate his inclusion in the squad.


Although not a regular starter, Chinh says he will continue to work hard for the good of the team and do his best to pursue his coach to pick him in the starting eleven for the next World Cup qualifiers in November. — VNS