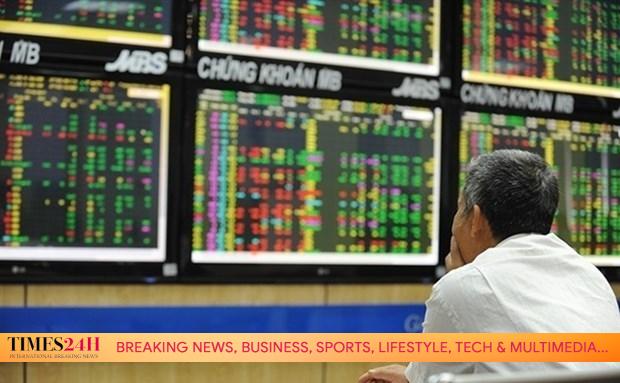 An investor at MB Securities Co’s trading floor. The strong cash flow flooding the stock market in May and the early sessions of June has spurred the indices, making them skyrocket to new highs. VNA/VNS Photo

HÀ NỘI — The stock market is still an attractive investment channel for investors in the near future. However, it also poses many challenges for regulators and market members, said experts.

The strong cash flow flooding the stock market in May and the early sessions of June has spurred the indices, making them skyrocket to new record levels. The number of newly-opened accounts and market liquidity are both the highest levels in history, causing the trading system to become unresponsive and overloaded.

However, investors are still very excited and the liquidity has not shown any signs of cooling down. Facing these developments, market regulators are applying drastic solutions both in the short and long term to meet market requirements.

According to the State Securities Commission, since the beginning of this year, the average trading value on the Hồ Chí Minh Stock Exchange has reached VNĐ21.2 trillion (US$924.5 million) per session, up 185.9 per cent compared to the average of the previous year.

As of the end of May, the stock market capitalisation reached VNĐ6.4 quadrillion, up 21.7 per cent compared to the end of 2020, equivalent to 102.3 per cent of Việt Nam’s GDP.

According to data from the Vietnam Securities Depository, in 2020 there were 393,659 new securities trading accounts of domestic investors, nearly double that of 2019.

In the first five months of 2021 alone, domestic investors opened 480,490 new securities accounts, an increase of more than 20 per cent compared to the number of new accounts opened in the whole of 2020.

By the end of May, the number of securities accounts in the Vietnamese market stood at more than 3.2 million, equivalent to 3.2 per cent of the total population.

In the first fourth months of 2021, the average transaction per session rose to VNĐ16.7 trillion. In May 2021 alone, this figure soared to VNĐ22.4 trillion per session.

This unexpectedly high liquidity had led to system overloading, bothering investors, he said.

“In the immediate future, the new trading system built by FPT Corporation must be put into use at the end of June or early July to completely solve the problem of congestion on HoSE,” said Phạm Hồng Sơn, Chairman of the State Securities Commission.

“A large part of the cash flow in the market has been shifted from savings channel to investment channel in the stock market,” Ngọc said.

“It is likely that interest rates will remain at a low level and if there is an increase, they will increase slightly,” said Nguyễn Thế Minh, Analysis Director of Retail Banking, Yuanta Securities Vietnam.

“This year, the cash flow will still go into the stock market rather than into any other channel, except for the third and fourth quarters when the liquidity in the real estate market is positive again,” he said.

Contrary to the strong increase of domestic investors, foreign investors have been always in the trend of net selling. In the first five months of this year, foreign investors net sold nearly VNĐ31 trillion, doubling that of the same period last year.

According to Lê Ngọc Nam, Director of Investment Analysis and Consulting, Tân Việt Securities Joint Stock Company, in the past, foreign investors contributed about 20 per cent of the market’s liquidity, so the transactions of this group often affected the market strongly.

The reason for the strong net selling came from factors such as rising US government bond yields, directing cash flow out of emerging markets like Việt Nam. Other markets had a looser monetary policy than Việt Nam to boost the development of their equity markets, so many funds would restructure their portfolios between countries, Nam said.

Since the end of March, the VN-Index has maintained an uptrend despite the continuous net selling by foreign investors, showing that the influence of foreign investors on the Vietnamese market is no longer as strong as before, Nam said.

The stock market’s movement in the medium and long term depends on the ability to control the pandemic in the world and in Việt Nam as well as the recovery of the domestic and international economy.

In addition, the high stock price level also creates risks when the market corrects, he said.

Nguyễn Thế Minh of Yuanta Securities Vietnam said that retail investors now account for 90-95 per cent of daily transactions. However, many new investors do not have thorough investment knowledge, just investing following trends.

“Most new investors choose the stock channel because they have a large source of idle money and do not know which other investment channel to choose. This can cause certain risks to the market because retail investor sentiment is irresistible and easily affected. When a reversal occurs, these investors would race to sell stocks, causing the market to plunge,” Minh said. — VNS