Sony PSP Games are here to stay as the company confirmed that PS3 and Vita Stores continue to sell its titles. 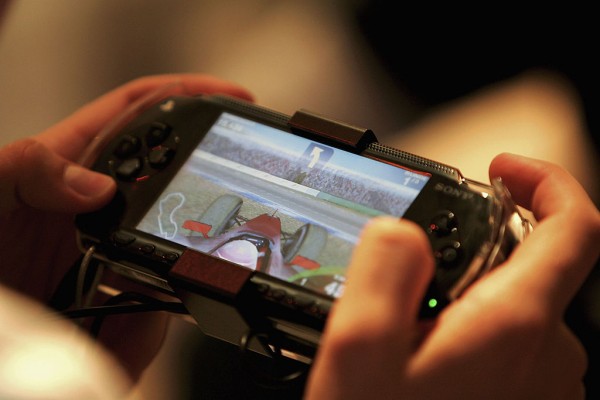 (Photo : by Andreas Rentz/Getty Images)
LEIPZIG, GERMANY – AUGUST 18: A visitor plays with a Sony “PSP” (Playstation portable) at the Computer Gaming Convention on August 18, 2005 in Leipzig, Germany. The convention is Germany’s largest fair for interactive entertainment, hardware and educational software.

However, the “commerce functionality” of PSP games, such as in-game purchases, is bidding farewell on July 12, Sony mentioned in a blog post on April 19.

The tech giant previously revoked its plans to close down the online stores of PlayStation 3 and PlayStation Vita. However, the console maker announced that the closure of the PSP store continues to bid goodbye.

When the news broke, everyone thought that Sony will no longer sell PSP games digitally.

Given the assumption that fans will no longer get their hands on the nostalgic PSP titles from Sony’s online store, people thought that they will need to search all over to get a physical copy of the games they desire to play.

It is contrary to what most believed when Sony hinted at closing down the PSP stores.

According to Engadget, the PSP game store has been gone for a long time, since 2016.

Nevertheless, since then fans ge lolt their old console titles from the PS Vita and PS3 stores. And that would continue to be the case as long as Sony decides to.

Sony is actually removing some commerce features for the PSP games. That’s what the company actually means when fans think about the latter.

To be precise, the PSP titles will lose their in-game purchase features. Also, if users are searching games using the said console, they will be left disappointed as that function will also be deactivated. (Photo : by Justin Sullivan/Getty Images)
SAN FRANCISCO – MARCH 23: People line up outside the Sony store to be the first to buy the new Sony PSP Playstation Portable gaming unit March 23, 2005 in San Francisco, California. The much-anticipated portable version of the Sony Playstation will be released at midnight tonight throughout the United States.

Although the United States website of the PlayStation did not confirm the latest development, Sony confirmed that the information is accurate.

The company told Kotaku that PSP fans may continue to “purchase and play PSP content that is available on the PS2 and PS Vita store.”