Solar Panels Could Be More Efficient and Cheaper; Thanks to Perovskite Cell, 400x Thinner Than Silicon Wafer

New research claimed that perovskite solar cell is the answer to make more efficient and cheaper solar panels. If you don’t have any idea about this material, it is currently being studied to make new types of solar cells, the devices that convert light into electric energy. 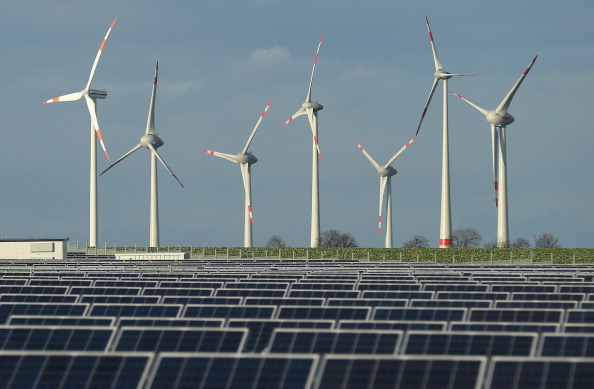 (Photo : Photo by Sean Gallup/Getty Images)
Wind turbines stand behind a solar power park on October 30, 2013 near Werder, Germany. The German Social Democrats (SPD) and Christian Democrats (CDU and CSU) are currently in the midst of negotiations to form a new German government and renewable energy policy is among their main points of discussion.

Right now, various companies are developing different kinds of solar panels, such as Tesla. However, most of these manufacturers are selling them at high prices.

But, this problem could be solved by the breakthrough in perovskite solar cells. However, before the involved scientists said that they experienced some challenges, such as reliability.

To give you more idea, here’s what the scientists discovered in the new study.

According to Slash Gear’s latest report, the new study was conducted by various researchers and other experts at Brown University. This new research was able to bring this material closer to commercial production since the scientists were able to solve one of the perovskite’s main weak points. 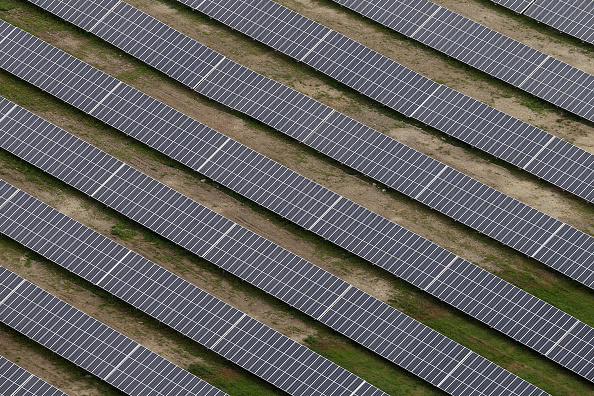 (Photo : Photo by Miguel Villagran/Getty Images)
Aerial view shows photovoltaic panels standing in an array at a solar energy park on August 11, 2010 near Peiting, Germany. German politicians are debating the future of the government’s subsidies for solar energy investments, with the federal government seeking to cut its current subsidies by between 11 and 16 percent.

The team of researchers developed a new molecular glue that can keep a key interface inside the various solar cells from degrading. This innovation was discovered to have the ability to greatly increase the reliability and stability of the cells over time.

Aside from this, researchers also claimed that it could also drastically improve perovskite’s efficiency when it comes to converting sunlight into electric energy within the solar panels.

On the other hand, perovskite is also a type of material with a unique crystalline atomic structure. This means that this solar cell is very good at absorbing light.

Can Perovskite be Used in Smartphones?

As of the moment, the researchers didn’t confirm if there are already some companies who are interested in using perovskite solar cells for their gadgets, such as smartphones.

But, if this happens in the future, people could expect a more advanced smartphone battery experience since Mirage News reported that perovskite solar cells could increase solar panels’ efficiency by 20%, especially if used in a large area.

Aside from this, the material is also 400x thinner than the silicon wafer, a substance used for producing semiconductors in different electronic devices, such as a smartphone. If you want to know more details, all you need to do is click here.

For more news updates about solar panels and other related technologies, always keep your tabs open here at TechTimes.