For months, officials have been warning of an energy crisis that will strike this winter. These warnings come as Russia, the region’s largest natural gas supplier, has halted supplies in response to sanctions imposed by Europe.

European natural gas futures prices are down 20% since the middle of last week and more than 70% since reaching a record high in late August.

On the first day of the week, according to data from the Intercontinental Exchange, the one-hour spot price for Dutch gas, which is used to represent real-time European gas prices, fell below zero euros. 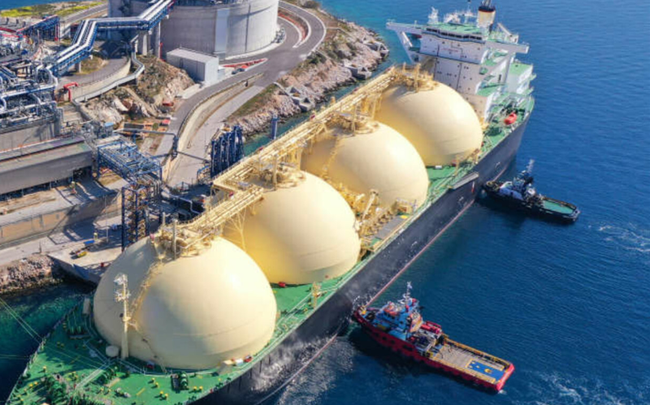 This is an extremely surprising situation for Europe, where households and businesses have had to deal with rising energy prices over the past year.

Massimo Di Odoardo, vice president of gas and LNG research at Wood Mackenzie, said the unusually warm weather was a big part of the luck.

“In countries like Italy, Spain and France, we see temperatures and gas consumption close to those of August and early September,” he said. Even in the Scandinavian countries, the UK and Germany, consumption is still well below the average for this time of year.”

The European Union (EU) is also building up buffers to counteract the decline in supply by replenishing gas reserves. According to data from Gas Infrastructure Europe, stocks are almost 94% full. This figure is much higher than the 80% target that the countries in the bloc have set for November.

Mr Di Odoardo thinks that is an extremely high level. He noted that the maximum reserve level over the past five years has averaged 87%.

Europe’s efforts to obtain as much fuel as possible before the winter has led to a backlog of LNG carriers in European ports. The EU has increased LNG imports from the US and Qatar as natural gas supplies from Russia have declined.

As many as 35 ships are drifting or sailing very slowly to ports in northwestern Europe and the Iberian Peninsula due to the lack of LNG import terminals, said Felix Booth, head of LNG at data company Vortexa. Those ships could take another month, he said, before they reach the warehouse.

Prices could rise sharply next year

Despite the recent price drop of 100 euros/megawatt hour, European natural gas futures are still 126% higher than in October 2021. Then economies reopen later in pandemic, causing demand to skyrocket.

Mr Booth indicated that prices could rise sharply again in December and January, when it is colder. This motivates some offshore gas carriers to wait a little longer before entering the port to unload.

As Russia’s share of Europe’s total gas imports has fallen from 40% to just 9%, Europe could be in trouble next summer as countries try to stock up for the winter.

Resources economist Bill Weatherburn of Capital Economics said gas prices are expected to reach $150/megawatt-hour by the end of 2023. to replace the shortage of imported gas from Russia for the whole year.”