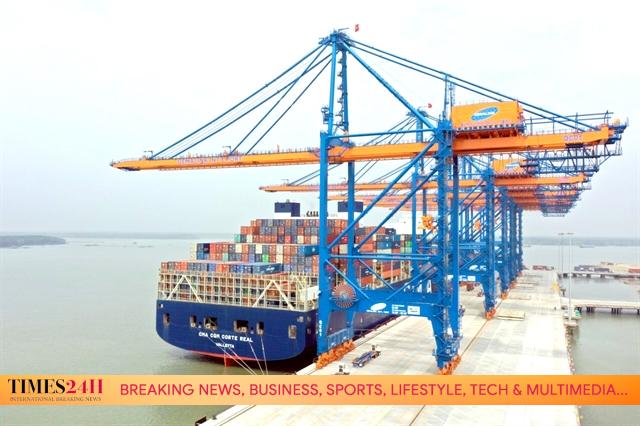 HÀ NỘI – The domestic shipping industry needs support from the State to develop Việt Nam’s fleet of cargo ships, according to the Ministry of Transport.

The development of cargo ships is part of the strategy to develop Việt Nam’s marine economy by 2030.

Therefore, the ministry has proposed the Prime Minister consider and adjust financial mechanisms to support the development of the fleet, including loans with preferential interest rates.

Investment in a fleet of ships requires huge and long-term capital, while local enterprises are unlikely to be able to invest in high-quality fleets, according to Deputy Minister of Transport Nguyễn Nhật.

The shipping companies have received very little financial support from the Government in the past few years to carry out fleet development.

Interest rates on bank loans in Việt Nam are from 8-10 per cent per year, higher than interest rates in other countries such as Japan (1-2 per cent), Singapore (3 per cent) and China (4.5 per cent).

At the same time, when registering a ship to fly the Vietnamese flag, the enterprise must carry out procedures on importing ships and have to pay taxes and fees such as registration fee, value-added tax and import tax on ships. Some ship owners have registered ships with foreign nationality to reduce taxes and fees.

In addition, the ministry proposed the Government reduce the corporate income tax for shipping enterprises from 20 per cent to 15 per cent within 3 years and personal income tax for seafarers by increasing the threshold of wages that are subject to tax.

To encourage the shipping companies to eliminate old ships with ineffective operations, the ministry has proposed exemption or reduction of taxes and fees, such as registration fees and VAT, when building or buying new and specialised ships suitable for transport needs.

It has also suggested that the State should have coastal fleet management policies to meet the domestic transport demand, promote freight by sea and improve connection among modes of transport.

According to Nhật, most Vietnamese shipping companies are small sized businesses and they mainly transport cargo but do not provide logistics services, leading to low efficiency in business activities.

The fleet structure is not developed properly with a large number of ships with small tonnage and lack of ships with large tonnage that could be used on international routes and specialised ships such as ships transporting liquefied gas, chemicals and bulk cement.

Vietnamese enterprises only have ships with a capacity of 1,800 twenty-foot equivalent units (TEUs) while foreign firms have vessels of over 20,000 TEUs.

In addition, Việt Nam’s fleet of seagoing vessels is over 15 years old and many of them use old technology, which is not suitable for transporting import and export goods. They cannot compete with the new generation fleet of foreign enterprises.

For the type of cargo that the Vietnamese fleet is not eligible for transport, the ministry has licensed ships carrying foreign flags of Vietnamese enterprises to run domestic routes for a short time.

To encourage the development of specialised ships, he said the ministry had requested enterprises to build or buy ships to replace foreign-nationality vessels, because Việt Nam would only license foreign-nationality ships until the end of 2023 to operate on domestic routes.

The foreign shipping companies have 10 different types of fees and surcharges besides freight for Việt Nam’s import-export goods owners, including a container imbalance surcharge, bill fee and lead clamp charge.

In addition, “the shipping companies have continuously increased surcharges and freight rates during the COVID-19 pandemic, leading to higher transportation costs. That has impacted Vietnamese enterprises,” Nhật said.

Vietnamese enterprises have delivered and received goods at Vietnamese ports, so the right to hire vehicles is undertaken by foreign partners, Vietnamese shippers depend entirely on foreign shipping companies and are forced to pay surcharges implemented by those shipping companies, according to Nhật.

According to the Ministry of Transport, the volume of goods through Việt Nam’s seaports has grown steadily over the past five years with an average growth rate at 13.8 per cent.

Due to the COVID-19 pandemic, the growth of volume in 2020 was 4 per cent, slower than the annual average. Of which, the volume of container cargo through the local seaports in 2020 was estimated at 22.1 million TEU, up 13 per cent compared to 2019. – VNS