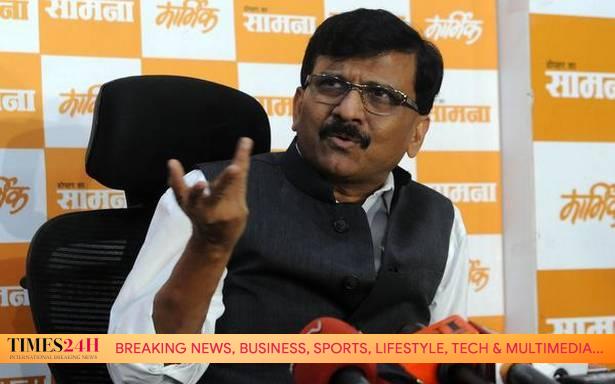 In a column in his party mouthpiece Saamna, Shiv Sena MP criticises the NCP Minister of Maharashtra’s ruling alliance

At a press conference in New Delhi on Sunday, Mr. Shah parried a query on the purported meeting, saying everything could not be made public.

NCP Minister Nawab Malik, whose party shares power in Maharashtra with the Shiv Sena and Congress, said no such meeting had taken place, adding that it was an attempt to create confusion by spreading such rumours. Mr. Malik claimed that Mr. Shah had sought to create confusion by making a journalist ask that question in the media briefing.

“Deshmukh got the Home Minister’s post by accident. Jayant Patil and Dilip Walse-Patil declined the post. That is why Sharad Pawar gave the post to Anil Deshmukh,” Mr. Raut wrote in his weekly column.

Perhaps mindful of the fact that his remarks about a senior Minister of the ruling alliance partner may be viewed in poor light, Mr. Raut later tweeted, “Bura na mano Holi hai..” In his column, Mr. Raut said, “If a junior officer like Sachin Vaze was running a (money) collection racket from the Mumbai Police Commissioner’s office, why was the Home Minister not aware of it?…Vaze was a mere API in Mumbai police. Who gave him so many powers? Whose favourite was he? All this should come out,” Mr. Raut wrote.

“Deshmukh unnecessarily rubbed some police officials the wrong way. A Home Minister cannot function properly if he gets surrounded by suspicious officers,” he said.

Facing the cameras frequently and ordering inquiries was not his job, the Sena MP added.

Mr. Deshmukh on Sunday said that a retired judge of the High Court would probe the allegations of corruption levelled against him by former Mumbai Police chief Param Bir Singh.

Mr. Deshmukh told reporters in Nagpur that he had asked Chief Minister Uddhav Thackeray to initiate an inquiry into the allegations made against him by Mr. Singh.

“The Chief Minister and the State government have decided that a retired judge of the High Court will conduct a probe into the allegations against me. Whatever is the truth will come out,” Mr. Deshmukh said.