A Rolls-Royce all-electric aircraft, called “The Spirit of Innovation,” is claimed to be the fastest of its kind in the world.

The electric plane is said to have reached a maximum speed of 387.4 mph in recent flight tests, according to Gizmodo. These tests occurred last November 16.

Reaching those speeds, however, is not where the Rolls-Royce aircraft ends its record-breaking run. Its insane speed also allegedly allowed it to cover a total distance of 3,000 meters in just 202 seconds or just over 3 minutes.

During that 3,000-meter run, the Rolls-Royce electric plane beat the former record by just under a minute.

In a press release, Rolls-Royce stated that they’d submitted their data to the Fédération Aéronautique Internationale (FAI), the world’s foremost governing body for aeronautical and astronautical records, for official verification.

Under The Rolls-Royce Plane’s Hood

The all-electric aircraft, which is the product of the Accelerating the Electrification of Flight (ACCEL) project, uses an insanely powerful 400 KW/h electric powertrain, according to CNN.

With its propulsion battery pack (considered to be the most power-dense one ever constructed in aerospace history), the powertrain was capable of outputting enough energy to simultaneously charge 7,500 modern smartphones, according to the BBC.

Will Electric Planes Be The Future?

The recently concluded COP26 summit made it clear that the world’s next big objective is to drastically reduce carbon emissions, especially in the aviation industry. And that’s where electric planes like the Rolls-Royce Spirit of Innovation come in.

Rolls-Royce chief executive stated that the existence of the Spirit of Innovation is a major milestone that will make the world’s “jet zero” plan real. 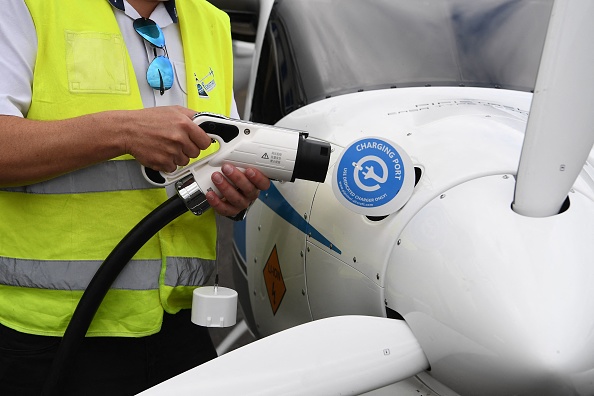 According to the BBC, the airline industry accounts for 2.4% of the world’s total greenhouse gas emissions. This doesn’t seem much in the grand scheme of things, but flying on its own is considered one of the most damaging forms of travel to the climate.

The world is currently in the jet fuel age. Experts say that jet fuel, despite its obvious negative effects on the environment, is still the nearly “perfect” method of holding energy. Compared to batteries, jet fuel can hold 73 times as much power as electric batteries can.

While this doesn’t sound good environmental-wise, one thing is certain, as per the original National Geographic report: batteries are getting better and more efficient with time, while liquid fuel doesn’t.

Electric planes like the Rolls-Royce Spirit of Innovation are the future, provided the world actually decides to adopt it.