The Realme X7 Pro was announced in September 2020, but remained confined to its home country of China for several months, only making its way to Thailand and Taiwan towards the end of the year. It continues its expansion of global availability and has recently arrived in India. We had to spend some time with an X7 Pro – not enough for a full review, but a lot for extended hands-on experience. The X7 Pro resides somewhere in the upper midrange and has some serious hardware inside. Mediatek’s top-tier Dimensity 1000+ chipset is on load, delivering high performance and 5G capacity, the 6.55 inch SuperAMOLED display has 120Hz refresh rate, and 65W load is among the most fast available.

Perhaps a telephoto lens is the only major omission preventing a more upscale vibe, but with a 64MP main camera and an ultra-wide at the rear plus a 32MP selfie unit, the X7 Pro is no match for it. also not under-equipped in the imaging department. .

Here’s a quick rundown of the numbers before we move on.

Our unit arrived in a somewhat unusual silver box, a departure from the Realme yellow packaging we’ve had for quite a while, although the Narzos have already ditched the yellow as well. The content is quite familiar though. 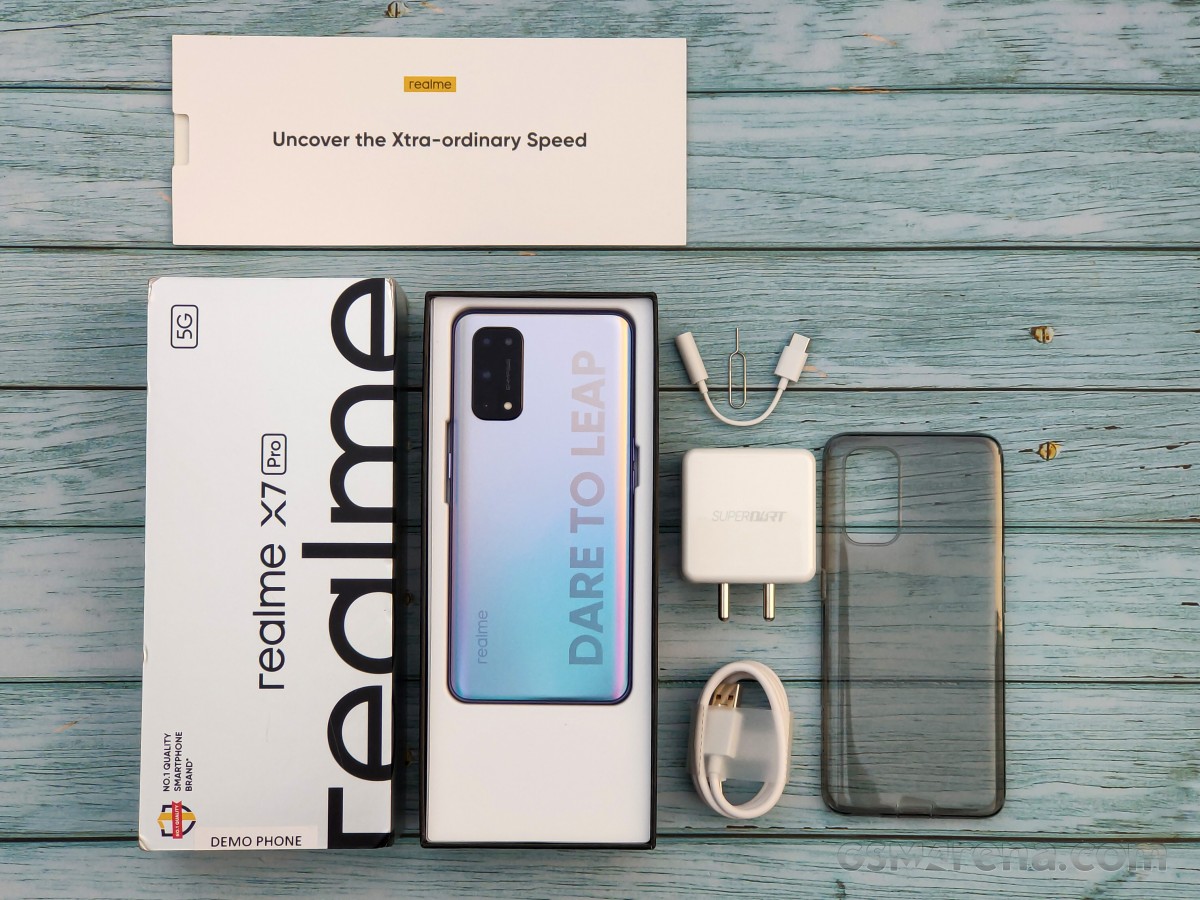 In India, just like in China, you get the right 65W adapter to maximize the phone’s charging capacity. Taiwan only got a 50W unit for some reason, and that can vary by country, so be sure to check – not that 50 watts is somehow insufficient or anything.

Either way, a USB-A-to-C cable is included, and it’s a proprietary cable that’s needed for high-speed charging.

A USB-C to 3.5mm dongle is also included for connecting wired headphones – these faded from retail bundles as the lack of headphone jacks on phones normalized over time, so it is. so good to see it here.

The smoked silicone case offers protection right out of the box.