Priyanka Gandhi slams U.P. CM Adityanath for not isolating himself after exposure to COVID-19 patient 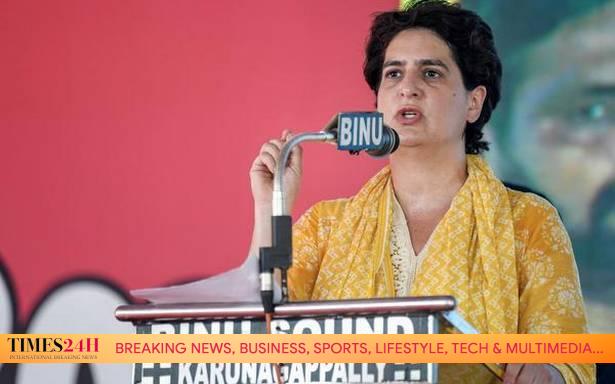 Ms. Vadra also charged the Chief Minister’s Office of giving inaccurate figures on the rate of infection and said that there was a long waiting period at crematoriums and rush at hospitals, which was creating panic among people.

“According to media reports, UP Chief Minister is going to rallies even after coming in contact with Covid + person,” Ms. Vadra alleged.

On April 2, the Congress general secretary, who was her party’s star campaigner in the Assembly election of Assam, Kerala and Tamil Nadu, had cancelled all her political programmes and announced her decision after her husband had tested positive.

Though she had herself tested negative, she claimed she had heeded the advice of doctors.

Stating that there was “panic” among people in U.P., Ms. Vadra said leaders should set an example with their conduct.

“Those whose duty is to be transparent and accountable are themselves proving to be irresponsible. In times of crisis, leaders should set an example of truth and right conduct so that people can trust them,”she said in another tweet.