PowerColor, one of the most respected in the PC hardware space for their incredible AIB AMD graphics cards, just teased a new RX 6700 XT with a name that doesn’t seemingly match its looks. TweakTown reveals a brand-new addition to the RX 6700 XT HELLHOUND edition, after it was teased by PowerColor Japan’s Twitter page. As said, it’s an AMD RX 6700 XT with all the goodness of Team Red’s RDNA2 tech: up to 12GB of GDDR6 VRAM, 40 ray tracing accelerators, 40 compute units, and 2560 stream processors, to name a few.

But with a name like “HELLHOUND” (in all caps, no less), you’d probably expect the card to look something like that of PowerColor’s very own Red Devil series. There should be reds, blacks, and aggressive design elements (like the RX 5700 Red Devil, which had a pentagram on its backplate).

As shown in the tweet, though, the card’s PCB looks like it’s white all over. Called “Spectral White,” it might be safe to assume that this card would feature a mostly white design for both the PCB and the cooler. We can base its potential look on an already existing GPU of the same name, but with a black cooler instead of a white one.

A Look at the PowerColor RX 6700 XT HELLHOUND

Since there are no reviews yet for the Spectral White version of the HELLHOUND that’s due to arrive, let’s take a look at how its twin performed in reviews. After all, it seems like it’s more or less a design update and not a hardware upgrade

ETeknix reports that the PowerColor card is fairly power-efficient and runs quite cool even under load, especially compared to top-end cards from the competition. Its performance is no slouch, too, as it more or less matches the competing RTX 3060 Ti in a lot of the gaming benchmarks, only getting beat out by the RTX 3070 and the RX 6800, as expected. 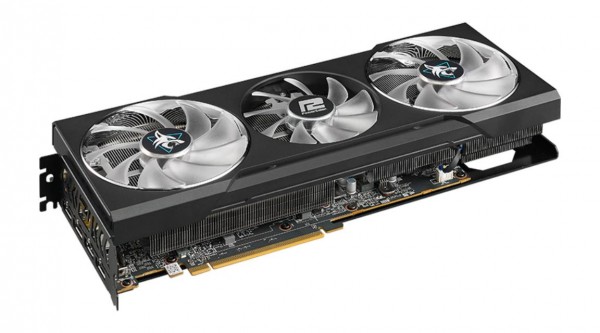 Another reviewer, Guru3D, praised the card for being a great mid-range option which is good enough to compete with the Gaming OC range of GPUs from Gigabyte. With how the RX 6700 XT HELLHOUND performed, PowerColor is in a great position to disrupt a market that’s filled with AIB titans.

This performance is more or less expected from AMD’s middle-of-the-pack RDNA2 chip, which upon release was actually expected to go toe-to-toe against the RTX 3070. It did compete with the NVIDIA card, for a time, but eventually got left behind.

Still, it’s a beast of a GPU for 1080p and 1440p gaming, able to handle high graphical settings and refresh rates for years to come. But as some sort of a “special edition” card (a distinction that’s yet to be confirmed), let’s hope that the Spectral White HELLHOUND doesn’t get jacked up in price like what scalpers did with its bigger brother, the RX 6800 XT Midnight Black.

How Am I Going To Fit An All-White Card In A Build?

The PowerColor RX 6700 XT HELLHOUND Spectral White, assuming you’ll be able to buy one, is going to be a relatively niche card due to its all-white design. What this means is that it won’t fit a lot of build aesthetics unless you actually go for an all-white, kind of like “frozen” or sub-zero theme. 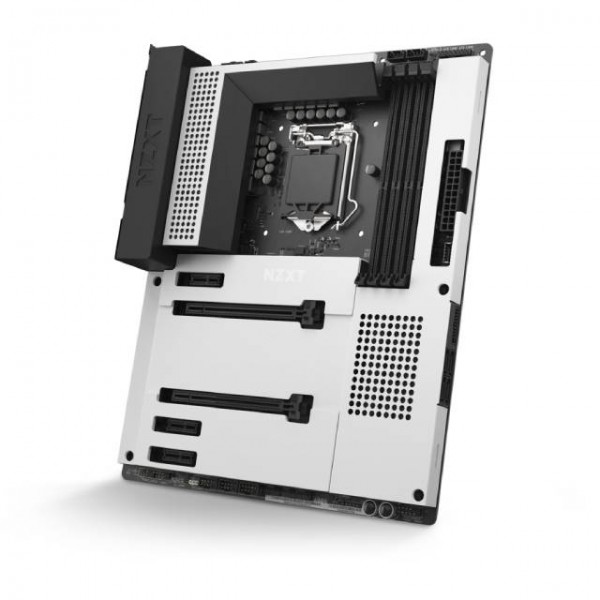 Fortunately, there are a lot of white-themed computer components out there that can match the Spectral White version of the latest PowerColor HELLHOUND card. One perfect example is the NZXT NZ-Z490, an extremely minimalist-looking, feature-rich motherboard that would look perfect with an all-white card. There’s also the EVGA DG-77 mATX case, as well as many others. All you need to do is look.

Read also: AMD Vows To Ramp Up Production On Their RX 6000 Series: Are We Seeing Light At The End Of The Tunnel?