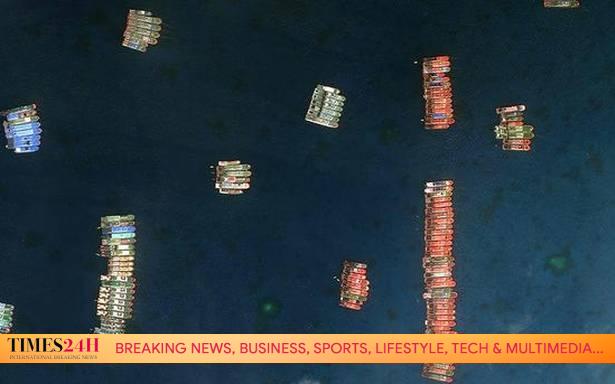 Over 200 vessels refuse to leave waters claimed by Manila.

The Philippines on Sunday said it has started deploying its Air Force to carry out daily patrols over a flotilla of Chinese vessels that has sparked fresh tensions in the South China Sea.

The latest dispute, Manila said, was triggered by what it described as a swarm of more than 200 Chinese fishing vessels that have refused to withdraw from waters off the Whitsun Reef, near the disputed Spratly Islands, in an area located within Manila’s Exclusive Economic Zone.

China, which claims almost the entire South China Sea, has said the ships were sheltering there because of weather conditions, a claim that Manila, which has lodged a protest with China over what it called an incursion, has rejected.

Philippines Defence Secretary Delfin Lorenzana said the Air Force has now begun daily patrols over the fishing vessels, Agence France-Presse reported from Manila on Sunday. The Navy and Coast Guard have also been deployed in the vicinity of the Chinese ships, sparking a stand-off near the reef.

“We are ready to defend our national sovereignty and protect the marine resources of the Philippines,” Mr. Lorenzana said.

The stand-off follows a similar incident in 2019 triggered by Chinese fishing vessels near another disputed island in the Spratlys. As it did then, Manila has called on Beijing to acknowledge the 2016 arbitration case which recognised many of its claims. President Rodrigo Duterte mentioned the ruling in a meeting with the Chinese envoy in Manila this week, his spokesperson said. Beijing has rejected the arbitration, emphasising its sovereignty over the South China Sea.