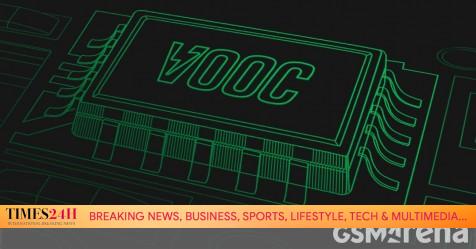 Oppo will license its VOOC charging technology to third-party makers

Oppo unveiled VOOC charging technology in 2014 and has maintained it as a separate branch of fast charging ever since. That is about to change as part of the Flash Initiative, launched in conjunction with accessory maker Anker, chipmaker NXP Semiconductors and automaker FAW-Volkswagen.

The Flash Initiative will license Oppo proprietary technology to third party manufacturers. Products with VOOC will be certified for safety and compliance by CTTL, one of China’s largest technology certification labs. CTTL has already given Oppo’s VOOC technology a 5-star safety rating and will continue to test third-party products to make sure they live up to it.

The Flash initiative will start with a three-pronged market entry. Anker, known for its chargers and external batteries, will enable fast VOOC charging at home. FAW-Volkswagen sells VW cars in China and soon the VOOC will be charging drivers and passengers’ phones. NXP will focus on creating VOOC compatible PCB assemblies so that others can easily integrate them into cars, public spaces and even industrial environments.

They will have access to Oppo’s wired and wireless charging technologies. As a reminder, here is the current range of chargers.

On the small end there is the Mini SuperVOOC 50W charger which is only 10mm thick and weighs 60g, but can still provide enough juice for ultra portable laptops (and phones, of course). At the main end is the 125W Flash Charger and, as an optional fast wireless, the 65W AirVOOC Charger.

All use two-cell batteries with multiple charge pumps and low-voltage charging, as well as multiple temperature sensors. The 125W charger can fill a 4000mAh battery in 20 minutes, the 65W wireless charger can do it in 30 minutes.

It’s not clear whether phone makers will join the Flash initiative. Currently, VOOC is used (under different brands) by companies under the BBK umbrella.

That’s still a lot of users – VOOC charging technology is supported by over 30 smartphone models which are in the hands of over 175 million users worldwide.