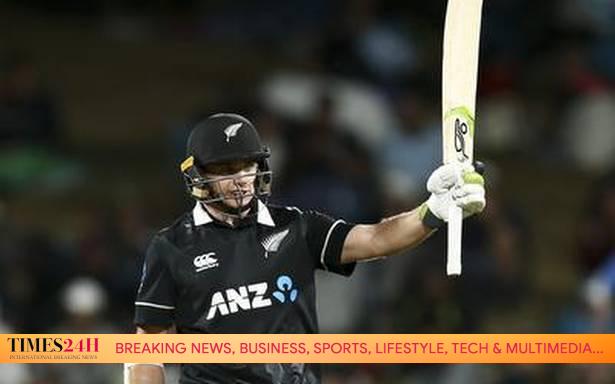 In a match of odd equivalences, captains Latham and Iqbal were the respective top-scorers for their teams. Iqbal made 78 in Bangladesh’s 271-6 and Latham made an unbeaten 110 as New Zealand reached 275-5 with 10 balls to spare

In a match of odd equivalences, captains Latham and Iqbal were the respective top-scorers for their teams. Iqbal made 78 in Bangladesh’s 271-6 and Latham made an unbeaten 110 as New Zealand reached 275-5 with 10 balls to spare.

Latham shared partnerships of 113 for New Zealand’s fourth wicket with Devon Conway and 76 for the fifth wicket with Jimmy Neesham (30).

Conway made 72, his first ODI half century for New Zealand, before being run out by Iqbal, who had earlier been run out by Neesham in a match of constant excitement and incident.

Bangladesh produced a vast improvement on its effort in the first match of the series when it made only 131 and was beaten by eight wickets. It put up a more than competitive total thanks to Iqbal and Mohammad Mithun, who finished not out on 73.

Bangladesh then made early inroads into the top order, dismissing Martin Guptill (20), Henry Nicholls (13) and Will Young (1) to leave New Zealand 53-3. Nicholls and Young both were bowled by Mahedi Hasan.

The match may have escaped the tourists around the 38th over when Neesham, on 3, was dropped by wicketkeeper Mushfiqur Rahman off Taskin Ahmed and, an over later, when Latham, on 58, offered a caught and bowled chance to Mahedi which was dropped.

Latham went on the attack, hitting three consecutive boundaries from Taskin, and the match tilted in New Zealand’s favor.

“It was obviously nice to have that match-winning contribution,” Latham said. “I thought at the halfway point we did a really good job with the ball but we knew Bangladesh were going to come out fighting.

“For us it was just about trying to build those partnerships through the middle.” During the Bangladesh innings Tamim survived a contentious caught-and-bowled decision before falling to a bizarre run out.

On 34 and in the 15th over, Tamim offered a sharp return chance to the tall New Zealand paceman Kyle Jamieson. The 2.03 meter (6-foot-8) Jamieson stooped on his follow through to parcel the catch, then fell forward. As he did so, the ball held in his right hand touched the ground.

The on-field umpire immediately upheld New Zealand’s appeal but Tamim referred the decision to the television umpire who, after studying several angles, ruled that Jamieson did not have full control of the ball. Tamim had earlier had a decision for caught behind overturned.

After a slow start, Tamim flourished on a pitch which provided good pace and sharp bounce to reach his milestone half century from 84 balls.

He was able to play some superb shots when he was set, using his feet and his position on the crease to disrupt the bowling. He struck several superb drives through cover and his innings in total contained 11 fours.

He was finally out in unusual circumstances in the 31st over. His partner Mushfiqur received a short ball from Neesham which he defended and dropped at his feet.

After a brief glance, the batsmen went through for the single while the ball came to rest parallel with and close to the stumps. Neesham, following through, was ahead of Tamim and he showed soccer skills to kick the ball sideways into the stumps.

Tamim had put on 81 for Bangladesh’s second wicket with Soumya Sarkar after it lost opener Liton Das (0) in the second over. Soumya made a positive 32 from 46 balls before he was stumped down the leg side by Latham from the bowling of Mitchell Santner.

Mithun paced the end of the innings with his sixth ODI half century from 42 balls, bringing up his 50 with a six. His 57-ball innings contained six fours and two sixes.

The third match will be played Friday.