New Motorola watches to be revealed later this year – Moto G, Watch and One 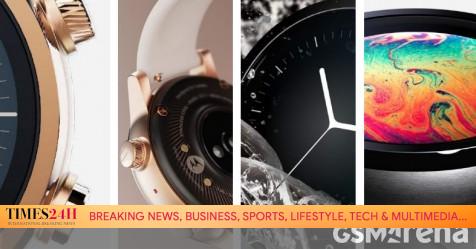 Last year, Motorola’s iconic Moto 360 smartwatch powered by Wear OS made a comeback, but it was made by one of Motorola’s partners – eBuyNow. And it looks like the two companies are expanding their partnership by bringing in three more Moto-branded smartwatches later this year.

In a presentation showing the roadmap for future devices, we can see a Moto G smartwatch slated for release in June, and as the name suggests, we’re probably looking for a low-budget device. A circular design is handy with two physical buttons on the side. If all goes according to plan, we should see a Moto Watch and a Moto One appear a month later. The watch will adopt a design similar to that of the Apple Watch, while the One will likely be the premium offering.

There’s also a mysterious 3D rendered Moto smartwatch in the investor presentation that doesn’t look like any of the wearable devices pictured above but looks like the 360. It has a transparent chassis on the back, allowing you to to get an overview of the coil load and some of the components inside. In any case, since the manufacturer has listed Qualcomm as one of its strategic partners, it is likely that the more expensive Moto watches will use the Snapdragon Wear 4100 platform with at least 1 GB of RAM while the Snapdragon 3100 will be used for the most budget offers. . Everyone will be using WearOS, of course.