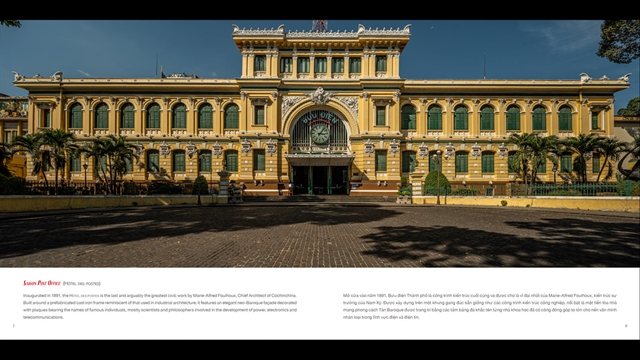 Sài Gòn – Portrait of City, a photo book by French photographer Alexandre Garel, features many beautiful photos capturing old and modern buildings in the city. Photo courtesy of the publisher


The book, written in a simple and lively style, features Park’s views, feelings and memories about the city and its people. The experiences that he has gained after working with local people are also included.


Each story in the book includes beautiful photos by Park. 
He told local media that he hopes his book helps Koreans who live and work in HCM City to learn more about the culture and lifestyle of its people.


Park, who is an architect and a painter, moved to HCM City in 2007. He works for the magazine Xin Chào Việt Nam (Hello, Việt Nam), a production in Korean that serves the Korean community in HCM City.


In 2018, he wrote a book featuring his 10 years living in southern Việt Nam that was released in South Korea.


Another work by a foreigner is Sài Gòn – Portrait of City, a photo book by French photographer Alexandre Garel.


The 280-page book was recently released by the Hà Nội-based Thế Giới Publishing House. It includes many beautiful photos of colonial and modern buildings in the city. Captions in both Vietnamese and English were written by historian Tim Doling, who has lived in the country for many years.


He wrote in the book Sài Gòn – Portrait of a City:


“I fell in love with the city straight away. Over the next few years, I discovered the beauty of the city, with its small streets and alleyways known as hẻm, each one a labyrinth of life which has developed inside the old arteries originally traced by the French,” Garel said.


He saw that HCM City’s architectural heritage was disappearing and understood that his work about the city had real meaning and decided to make it a priority to capture images of the city’s rivers, canals, old houses and daily life.


“I love the photos in his book,” said Trần Nghĩa Dũng, a resident of Phú Nhuận District. “I think it will help readers, including locals, to discover more about Sài Gòn.”


Last year, Garel worked with author-architect Mel Schenk from the US on a book about Vietnamese architecture called Southern Vietnamese Modernist Architecture.


Its highlighted chapter features modernist architecture in southern Việt Nam, focusing on buildings between 1954 and 1975 by Vietnamese architects such as Nguyễn Văn Hoa, Vũ Bá Đính and Ngô Viết Thụ. The book was released by the Thế Giới Publishing House.


The three books are available in bookstores and on e-commerce websites such as phuongnambook.com and fahasa.com. 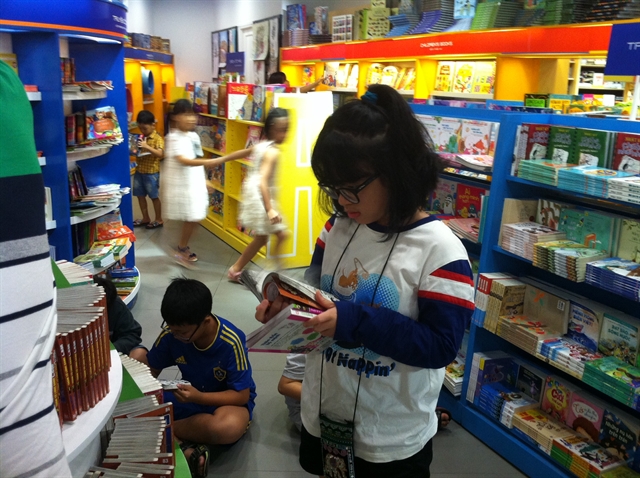 
Many university students and lecturers have said they enjoyed books on the history of South Việt Nam by HCM City-based publishing houses.


The book was reprinted by the Hồng Đức Publishing House in co-operation with Xưa & Nay (Past & Present) magazine.


It was written by Marcel Bernanose, who worked for the French authorities in Indochina. It was first released in 1921 in Hà Nội. Xứ Nam Kỳ – La Cochinchine, a book that features 465 photographs, is valuable for those who love history and photography. Photo courtesy of the publisher


The photos in the book feature the history and culture of the south in the 1920s. Pictures of urban life and architecture in Sài Gòn and provinces of the Mekong River Delta region in the 1920s, such as Bến Tre, Vĩnh Long, Sóc Trăng, Bạc Liêu and Rạch Giá, are also included.


Featured photos are in black and white and show old streets, buildings and markets connected to the region’s history and development.