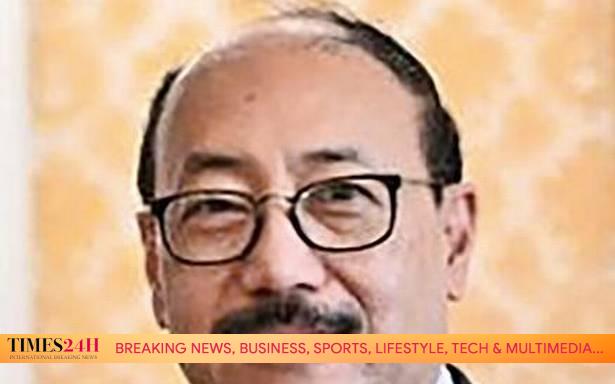 Remarking that a normal bilateral trade relationship with China was contingent on peace and tranquillity on other fronts, Indian Foreign Secretary H.V. Shringla on Sunday said the country was looking to diversify its trade dependencies.

“The current bilateral trade with China at $78 billion is heavily tilted in the latter’s favour and that will need a reset. India on its part is simultaneously working on diversifying its sourcing to ensure a more resilient supply chain in the future,” said the Foreign Secretary.

Mr. Shringla was speaking during the penultimate panel discussion titled ‘India as Global Partner’ at the fifth Asia Economic Dialogue (AED) 2021, jointly hosted by the Ministry of External Affairs and the Pune International Centre (PIC).

Commenting on future relations with the United States in wake of new Joe Biden administration, Mr. Shringla said India has had “an element of continuity” with the U.S. and that Prime Minister Modi had had close personal relationships with both former presidents Barack Obama and Donald Trump.

“While China continues to be one of India’s most important trade partners, the balance of trade is skewed in favour of the former. With recent disturbances in eastern Ladakh and the ongoing process of disengagement, there is introspection on our part in making our supply chain more resilient… a normal bilateral relationship with China is calibrated on peace and tranquillity on other fronts,” he said.

Mr. Shringla said the Indian government was trying to work out details of new proposals with the Biden administration to make the supply chain more resilient in the Indo-Pacific region.

“We are trying to work out details of various proposals that have come in. How we can work together in the Indo-Pacific? This included maritime security,” he said.

Observing that the Prime Minister had had close relationships with both Mr. Obama and Mr. Trump, Mr. Shringla said that Mr. Modi also shared a good rapport with Mr. Biden.

“They have had a series of good conversations. So, we have a sense of priorities with the new U.S. administration. New elements like climate change and technology have been introduced by the Biden administration. There is a range of areas to collaborate,” said the Foreign Secretary.

Stating that the Indian government’s first priority was to fulfil its domestic vaccine needs, he said the country would not compromise on its commitment to meet international vaccine requirements as well.

Noting that India’s vaccine diplomacy had been a “huge success”, he said that India’s ‘Neighbourhood First’ policy in the context of supplying vaccines to India’s neighbours has significantly raised the stature of India among people of these countries. He highlighted that India had supplied 36 million doses across the world, 80% of these through exports and the remaining in the form of grants.

Speaking about the preference for Indian vaccines in foreign countries and India’s recognition in various countries for its yeoman service in the provision of vaccines, Mr. Shringla said that the government had received a number of messages from Africa, the Gulf countries, the Bahamas and India’s neighbours (like Nepal) expressing their gratitude for the Covid-19 vaccines.

“This reveals the generosity of India and its unrivalled position in global and health supply chains. And we have done this without compromising on India’s needs… People want India’s vaccines, and there is a strong preference for them,” Mr. Shringla said. He added that SII and Bharat Biotech had already ramped up their capacities and that both national and international requirements would be met.

Lauding India’s support for large-scale development projects in Maldives, Mr. Shahid said the country’s support for such projects there had been “exemplary”, citing the Indian government’s ‘Mission Sagar’ as an example of New Delhi’s commitment to achieving transparency, cooperation, and security of the Indian Ocean Region.

“India’s support has been demand-driven, the tenders drawn have always been transparent and based on dialogue. Even the smaller projects have had community impact,” Mr. Shahid said.

Remarking that India’s international economic cooperation agenda was premised on the shibboleth of “the world is one family”, Mr. Chhabra said country’s basic premise rested on ‘development partnership’ with fellow nations.

“It is not a donor-recipient relationship. India has granted a massive package of $40 billion over the last decade and a half to foreign nations,” he informed.

In terms of geographical reach, India covered 65 countries across the globe for just the lines of credit.

“In the next few months, we are pushing this number to 75. Furthermore, the repayment terms of the credit given is often very generous, almost akin to a grant. Currently, India has lent its expertise in about 650 projects in these 65 countries,” Mr. Chhabra informed.

He noted that some of these projects, like contribution to the power sector in Sudan and Rwanda, a cement factory Djibouti, a sugar factory in Ghana, an oil refinery in Mongolia, were “first-time initiatives” in these countries.