Microsoft Bing’s “Tank Man” search results were unavailable earlier today, and it has caused the company massive backlash against them because of alleged “censorship” of the company of the historic photo. However, Microsoft has clarified the issue, saying it was “human error,” and that the company aims to bring it back amidst the high search for the Chinese Tiananmen Square Protest.

It seems that people still use Microsoft Bing’s search engine after all, especially as the recent commemoration of China’s Tiananmen Square massacre that happened on June 4, 1989, was browsed on the platform. However, users were shocked in finding out that Bing shows other photo results of tanks or a “man and tank,” opposing that of “Tank Man.” 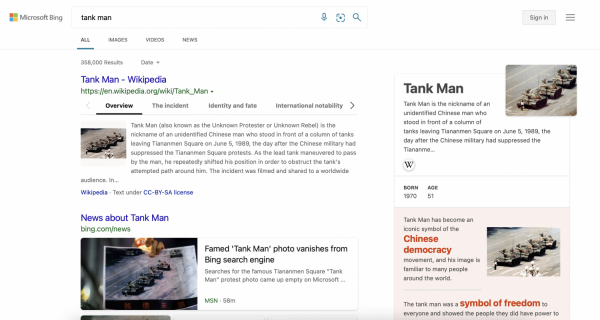 (Photo : Bing via Screenshot)
Bing has previously displayed no results of the popular “Tank Man,” which has been the symbol of freedom for Chinese pro-democracy citizens.

Users all over social media are calling Microsoft and Bing “outrageous” for allegedly censoring “Tank Man” and making him unsearchable via the platform amidst this commemoration of the event.

However, this was shortly clarified by Microsoft as a “human error” and that it did not intently remove the entire digital footprint of “Tank Man” off Bing’s website. 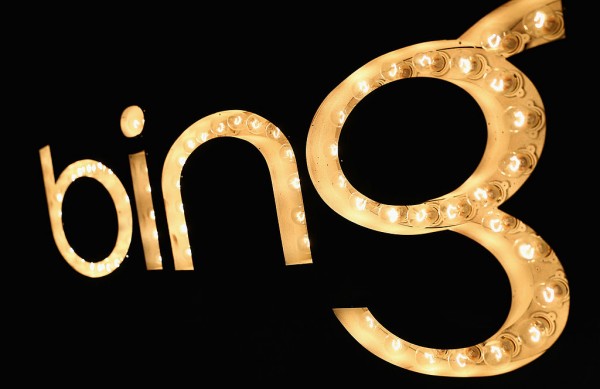 (Photo : Neilson Barnard/Getty Images for Bing)
NEW YORK, NY – JUNE 11: A general view of atmosphere at The Bing It On Father’s Day Challenge hosted by Bing and LL Cool J on June 11, 2013 at The Standard, High Line in New York City.

Currently, searching “Tank Man” in Bing will yield the results that people were searching for, showing the photo of the brave man and the icon which made him a historical figure in China’s fight for democracy. Microsoft said that the issue had been resolved and that it did not mean any disrespect for the commemoration in the unsearchable image of the famous man.

Bing’s search engine is still a massively-used platform off Microsoft’s products, especially as it is the frontline and default engine for Windows 10 and Microsoft Edge, both also owned by the company.

Outrageous: on the anniversary of the murderous Tiananmen Square crackdown, Microsoft’s Bing search engine suddenly won’t return any images if you search for “tank man,” the iconic photo. I just tried. Hard to believe this is an inadvertent error. https://t.co/LMIrpbnUnu pic.twitter.com/cPG3XV3tBI

Read Also: Microsoft Windows June 24: New OS To Be Unveiled At Month’s End for PCs-Will it Be Windows 11?

China’s Tiananmen Square is a known protest against the government for a “democracy” cry of its citizens, which pushed a man to stand in front of the tanks, perceived as him trying to stop it from moving forward. This gave birth to “Tank Man,” an internet sensation and historical figure that became a symbol for democratic rights all over the world.

“Tank Man” is still an unnamed, faceless person on the internet who has awed a lot of users from all over the world, giving him only a moniker or nickname to celebrate his heroic actions. Despite this protest, China is currently known to still embrace communism, with President Xi Jinping also known to be the General Secretary of the Chinese Communist Party or CCP.