Lordstown Motors, an electric vehicle (EV) startup company, is being investigated by the Justice Department.

According to The Wall Street Journal, the investigation is currently in its early stages and is under the U.S. attorney’s office in Manhattan. The report also states that the spokesperson from Lordstown Motors stated that “the company is committed to cooperating with any investigations and inquiries.”

Lordstown Motors Probed by Justice Department: What You Should Know 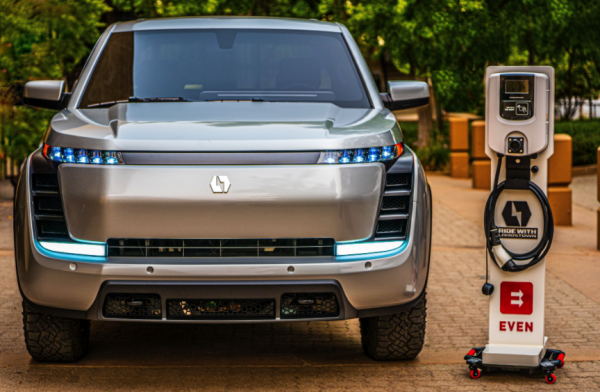 Lordstown Motors is being investigated due to “claims that the company exaggerated potential sales of its electric Endurance pickup truck,” according to Bloomberg, citing a person familiar with the ongoing probe.

The value of Lordstown Motors shares went down to $9.35 per share as a result of the probe, per a report by Reuters.

The Justice Department probe follows a disclosure by investment research firm Hindenburg Research in March that Lordstown Motors misled its customers regarding the pre-orders of its Endurance truck.

Following the disclosure, the company’s CEO and Founder, Steve Burns, resigned. The Chief Financial Officer and other executives of the startup company likewise left the company.

Lordstown Motors is likewise being probed by the Securities and Exchange Commission (SEC).

The probe, which was announced in March, is also focusing on the misleading claims regarding the pre-orders of the Endurance following the Hindenburg Research report.

According to The Verge, the report claimed that “some of the EV startup’s biggest pre-orders were made by companies that do not appear to have the money required to purchase big batches of Lordstown Motors’ electric pickup truck.”

The Hindenburg Research report likewise accused Lordstown Motors of sharing misleading information regarding the progress of its Endurance truck.

Per the report by The Verge, other electric vehicle startup companies are also being investigated by either the Department of Justice or the SEC. Canoo is facing a probe by the SEC. The Justice Department, on the other hand, is also investigating Nikola.

Lordstown Motors was founded as an electric vehicle brand by its former CEO Steve Burns. The startup went on to purchase an assembly plant formerly owned by General Motors. General Motors currently has a stake in the EV startup.

According to Lordstown Motors’ official website, the company “designs and manufactures electric vehicles that revolutionize the way work gets done.” The website likewise claims that the Lordstown Complex the company operates from has a 600,000 vehicle production capacity per year.

The company went public last year through a merger with DiamondPeak Holdings.

Lordstown Motors has been trying to begin the product of their EVs by September, according to Bloomberg. Whether or not the probes by the SEC and the U.S. Department of Justice will delay this timeline remains to be seen.