Lithium market is hotter than ever

When the oil market was liberalized in the 1970s, a group of commodities traders, led by Marc Rich, made huge sums of money connecting buyers and sellers and browsing the web for the price movements of this commodity. Half a century later, some of Rich’s “descendants” are hoping for a similar life change with lithium.

As the main ingredient in most electric vehicle batteries, lithium is becoming one of the world’s most important raw materials. Prices have risen to unprecedented levels as demand forecasts continue to rise, forcing automakers to make an effort to secure future supply. 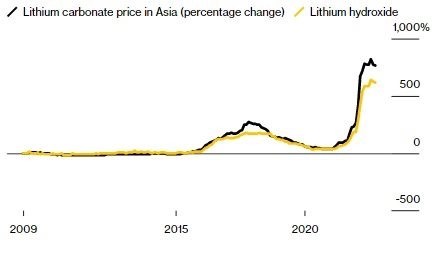 The price of lithium has skyrocketed between 2020-2022. Graphic: Bloomberg.

Until now, however, lithium was hardly tradable. Prices are set in long-term private contracts between a small number of suppliers and their customers. Now, rising demand is changing the way lithium is bought and sold.

Many supply trades have shortened significantly – with prices floating relative to the spot market – as exchanges from Chicago to Singapore test new futures contracts.

This attracts the attention of traders. Companies such as Trafigura Group and Glencore Plc make money trading commodities such as copper, crude oil and coal around the world. Now they are starting to enter the lithium market.

Traders say they can help the market grow and mature, while minimizing risks to the supply chain. Some companies such as Trafigura or Traxys SA also invest in new production resources.

“The activity of traders in the lithium market will make the market more transparent and efficient over time,” said Martim Facada, a lithium trader at Traxys. “It’s like oil in the 1970s when governments sold it to consumers, but then traders started providing services. That helps to grow and develop the market faster. Lithium is starting to enter that process.” 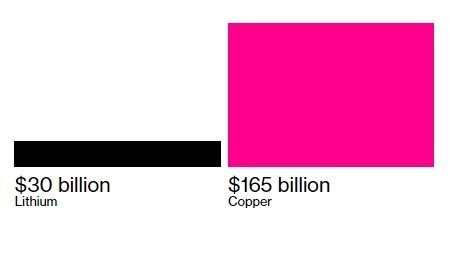 The size of the lithium market is still quite small, but it is growing very fast.

It is of course not entirely correct to compare lithium with petroleum 50 years ago. The lithium market is very small compared to oil. Annual world oil production is worth more than $3 trillion at current prices, compared to $30 billion for lithium.

One of the concerns in the lithium market is that there is an excessive supply shortage, which risks increasing prices, or making the metal so inaccessible that automakers stop buying it.

Commodity traders have a long history of price pressures and shocks in commodities markets, and the role lithium plays in the global effort to become carbon neutral could be criticized.

Despite the importance of the sector, traders said they are cautious and focused on reducing supply shortages. “If a trader wants to get in, he has to act wisely. The current price of lithium has reached a level that can destroy demand – if the participants want to drive the price up, I don’t see how the market can sustain itself,” said Socrates Economou, head of the department. Trafigura’s nickel and cobalt branch reports this. 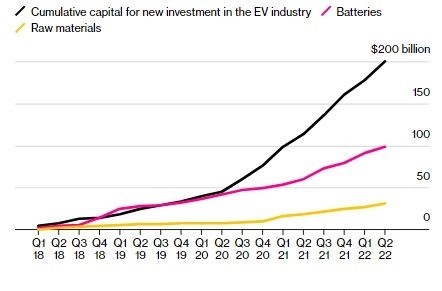 Investments in lithium in general and raw materials in particular are very low compared to the total investment in the electric vehicle market.

As the world continues to require more lithium, investments in new supply have not kept pace with growing demand.

Traders enter the lithium market when it undergoes a drastic change. For many years, lithium manufacturers’ main customers were mainly manufacturers in fields such as pharmaceuticals and industrial lubricants. As automakers have become the biggest buyers, miners have moved to a shorter-term pricing model that better reflects the supply-demand mismatch.

Tesla CEO Elon Musk has said the price of lithium for delivery has become “crazy expensive” and, after years urging manufacturers to supply more, he is personally involved in investing in lithium mining.

Lent Masters, CEO of Albemarle, the world’s largest producer of lithium, said it will take time for lithium to “mature” to become a more tradable commodity market. As the spot market evolves, the next major milestone will be the development of liquid futures contracts.

“We think eventually there will be a tool that will allow you to hedge the price of lithium or speculate financially in the market,” he said in an interview. “That’s a good thing, but it will take a while — not now.”